Andrew Gillum Withdraws From Public Life, Enters Rehab, a Required Step Ahead of a Senate Run 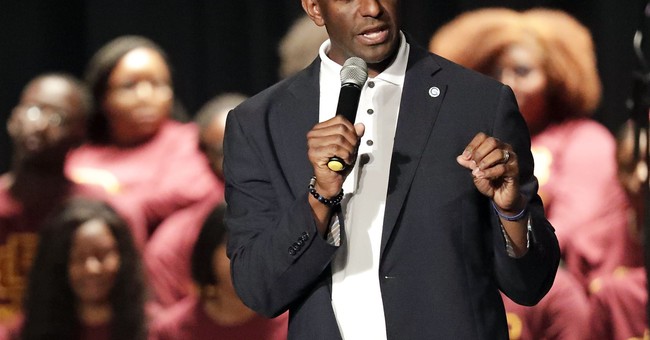 As my colleague, Jennifer Van Laar, reported here, former gubernatorial candidate (and former mayor of Tallahassee) Andrew Gillum was found by Miami Beach police in a Mondrian South Beach hotel room with a man who had apparently overdosed on crystal meth early Friday. The man, Travis Dyson, was rushed to the hospital and has apparently survived. He is said to be a well-known gay escort. According to Van Laar, “Gillum was too intoxicated to communicate with investigators at the time.”

Police found three bags of suspected crystal meth in the room, however, the Miami Beach Police Department and local State’s Attorney have declined to press charges.

On Sunday, Gillum issued a written statement, announcing that he would be entering a rehab facility to be treated for depression and alcohol abuse. He wrote, “This has been a wake-up call for me. Since my race for governor ended, I fell into a depression that has led to alcohol abuse. I witnessed my father suffer from alcoholism and I know the damaging effects it can have when untreated. I also know that alcoholism is often a symptom of deeper struggles.“

“I will be stepping down from all public facing roles for the foreseeable future,” he added.

The “public facing roles” Gillum refers to include his paid contributorship at CNN and the leadership of a political action committee he founded called Forward Florida Action. FFA’s website says it is an “official voter registration organization working to engage communities across Florida to build a vibrant democracy that works for everybody.”

Whenever politicians get caught in compromising situations, they first issue a public apology. This is always followed by an announcement that they will be entering rehab.

Well, good luck, Mr. Mayor. I’m sure it won’t be too long before you announce your run for the Senate.