Scott Keadle for Congress in NC-8

Editor’s note: Here is the latest bold endorsement on behalf of The Madison Project.

There are few states that will provide conservatives with as many electoral opportunities as North Carolina will this year.  Due to successful Republican redistricting, vulnerable blue dog Democrats, and several retirements, we have an opportunity to elect up to 5 new Republicans.

In past years, to the extent that we were focused on House elections, it was aimed at keeping or flipping seats to the Republicans side.  The plethora of candidates and the dearth of information regarding House primaries make it an arduous task to choose the right nominees.  Unfortunately, we have learned the lesson that inaction during a primary can lead to undesirable freshmen members.  That is why it is so vital that we decipher the intrepid conservatives from the bland conduits for leadership.

In district 8, there is a candidate running to unseat Democrat Larry Kissell who stands out as a shining star.  His name is Scott Keadle.  Keadle is a successful dentist and real estate developer who has a burning passion for conservative values and unencumbered free markets.  In 1998, Keadle won the Republican nomination in heavily-Democrat district 12 and garnered an impressive 43% against Mel Watt.  More recently, he has served one term as an Iredell County Commissioner.  On the county board of commissioners, Keadle earned a reputation as not only the most conservative member, but a man who did his homework and was knowledgeable of the issues.

Now that he is running for Congress, Keadle has certainly done his homework.  He isn’t just a passionate conservative.  He has a grasp of the issues and possesses a deep understanding of free-market economics to the extent that he is willing to oppose sacred cows, like protectionist trade policies and all forms of subsidies.  This represents a true revolution in North Carolina politics.  Instead of relying on vague platitudes, Keadle has released a 21-page “Plan for America” that is beautifully written and reveals an author who truly adheres to pure free-market principles.  If only it were adopted by the presidential candidates.

The 8th district, which is situated in the south central part of the state, was redrawn in a way that makes it dramatically more Republican, presenting Larry Kissell with an almost insurmountable task to win reelection.  In 2004, Bush carried the precincts included in this district with 63% of the vote.  It’s easy to blithely ignore this primary with the same assumption that we’ll turn over the seat anyway.  However, it is that callous disregard of primaries in “safe” Republican districts that has saddled us with many wayward Republicans.

Unfortunately, the trajectory of the delegation’s voting record has deteriorated over the past few years, especially with its newest addition.  We need a figure in the North Carolina delegation who will challenge the other members to fulfill their campaign promises.  We must elect a conservative fighter in the May 8 primary who will be immune to pressure from leadership.  That man is Scott Keadle.  The Madison Project is truly proud to support his candidacy. 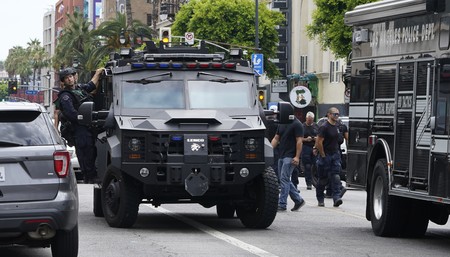