Climate Alarmists Said We Had 14 Months Before Climate Change Was Irreversible...It's Been Over 14 Months

There’s a steady pattern for climate alarmists. Take a date that’s far enough away to make people believe that doing what they say in terms of climate regulations will change things for the better, but not too far away to make people forget about it, then say that on that date things are going to get so bad for the planet because we didn’t do as they say.

New York’s socialist do-nothing congresswoman, Alexandria Ocasio-Cortez, said we had 12 years before the world was doomed, but Think Progress thought that date was a little far out and consulted “experts” who had a more convenient timetable. They released a message that said we didn’t have 12 years, we had 14 months before it all went belly up and our climate doom was sealed.

“We should of course be as clear as possible about what we mean when we talk dangerous warming limits and pathways for limiting warming below them,” wrote climatologist Dr. Michael Mann in an email to Think Progress.

“But saying there should be no targets or timelines at all is really just giving a free pass to polluters,” he added. “It’s a welcome message to the forces of denial and delay.”

As you can see, the 12-year count wasn’t scary enough. If they want people to act, they have to put on a show that inspires a little urgency, and more importantly, obedience to those who use it to want to regulate.

That was over 14 months ago.

Where are we now?

The answer to that is the same answer it always is whenever the date these alarmists and end-of-days regulation preachers are reached.

There’s not much difference and we’re still doing great. As it turns out, again, the climate alarmists were doing what they do; alarming people. Outside of the Coronavirus, there haven’t been any major issues plaguing the world, and despite what Prince Harry says, the virus isn’t nature’s punishment for environmental abuse.

Not only is everything still good environmentally, but we also have a lot of improvements. According to  the founder of the group Environmental Progress and author of Apocolypse Never: Why Environmental Alarmism Hurts Us All, Michael Shellenberger, the idea that we’re doing irreversible things is complete bunk and things are on the up and up:

Last January, after climate scientists criticized Rep. Ocasio-Cortez for saying the world would end in 12 years, her spokesperson said “We can quibble about the phraseology, whether it’s existential or cataclysmic.” He added, “We’re seeing lots of [climate change-related] problems that are already impacting lives.”

That last part may be true, but it’s also true that economic development has made us less vulnerable, which is why there was a 99.7% decline in the death toll from natural disasters since its peak in 1931.

In 1931, 3.7 million people died from natural disasters. In 2018, just 11,000 did.  And that decline occurred over a period when the global population quadrupled.

What about sea level rise? IPCC estimates sea level could rise two feet (0.6 meters) by 2100. Does that sound apocalyptic or even “unmanageable”?

What about claims of crop failure, famine, and mass death? That’s science fiction, not science. Humans today produce enough food for 10 billion people, or 25% more than we need, and scientific bodies predict increases in that share, not declines.

some other inconvenient facts. According to NASA, the world is actually getting greener.

Let’s toss on that glaciers are actually getting bigger in various areas of the world:

AOC and the hard-left want the very socialistic Green New Deal to be pushed through so badly they’ll lie their heads off to make it happen and if it means scaring the population into compliance then so be it.

You’ll never see AOC show up to debate anyone about it. It’s clear the ramifications of the Green New Deal would scare the population even more than the left’s climate scaremongering. Better to tell everyone that we’re about to hit the point of no return and make them climate issue voters.

Only once again, the deadline’s come and gone, and everything is great. The only thing burning up is the left’s climate narrative. 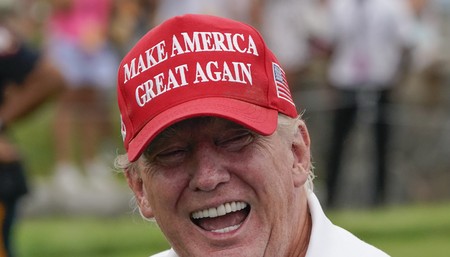