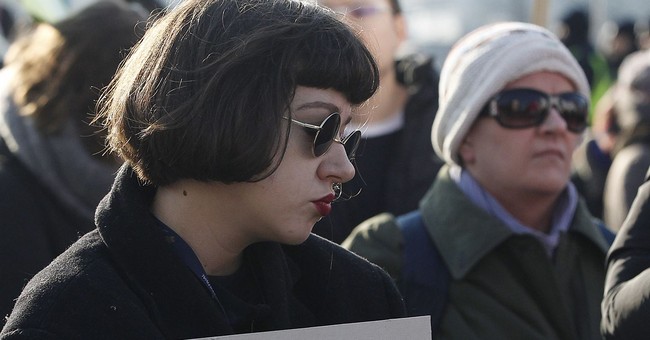 You know who you are, and if you don’t, you soon will.

Karen, you’ve existed in our human societies for ages yet we’ve never had a collective name for you…until now. Karens are self-important women with high ideals about themselves and low opinions about many others, specifically those whom they consider a lower class than them. You can find them in any given retail or food establishment asking to see the manager while berating some underpaid and overworked employee.

What is Karen berating the employee about? It doesn’t matter. It’s likely that the employee did nothing wrong, and may have actually been doing everything right as per the policy of the establishment where they work. Their only crime was catching Karen on a bad day, and Karen has a lot of bad days.

Karen doesn’t like hearing the word “no,” be it from a business or any form of circumstance. She’s always battling against “rude” people and trying to fix the problems so unjustifiably foisted upon her. Karen has concluded that, though she is the victim, she won’t take it lying down and as such, has seized authority out of thin air and will now use the natural tendency of people to solve conflict and bring peace to her advantage.

Manipulating peaceful people into doing what you want in order to curb your combative behavior is just part of what makes you a horrible person. It’s also the fact that you make a front about just wanting the rules to be followed so you get treated fairly, but in reality, you don’t want the rules followed. You want the rules bent or broken specifically for you because you believe in your heart that you deserve it.

How? We all watched that poor employee who did nothing wrong get the full brunt of your Karen-ness because he or she was simply telling you that you can’t return the blouse you got a couple of months ago because it’s well past the return window. Not only do you want them to break store policy because (insert excuse here, no matter how ludicrous), you want them to fetch the manager because the manager has the power to not only override the policy, but the manager also has the power to give you more. A few threats about telling everyone about how horrible this business is or a few well-aimed jabs at the character of those poor souls working behind the counter ought to do it. It may get you a gift card or a discount on something. If at a restaurant, you may get your meal free, along with your next one.

In essence, you want to be rewarded for bringing conflict against innocent people.

It’s not about the money, though. You, or more likely, your husband, has plenty of that. No, for you, it’s about power and a sense of respect. You feel like you need to stand up for yourself because if you don’t, everyone will take advantage of you.

In reality, it’s about never growing out of that “daddy’s princess” phase and getting everything you want because you’ve never not gotten what you wanted. The word “no” is insulting to you, not just an inconvenience or a simple fact of life you have to learn to work around like everyone else. You’re absolutely horrified by the idea of someone, especially someone who you consider less than you, being able to withhold anything from you. You consider this an injustice.

Thing is, while you think you deserve or maybe even earned this self-importance, everyone around you can see that you’re a worthless worm. Your grandest accomplishment was being a leading member of a PTA or HOA, or organizing some kind of small interest group that played some part in moving a city council to do something. You might believe that you played a huge role in your husband’s success when, in reality, you were probably one of his daily obstacles. Don’t worry though, when he inevitably divorces you, the court will reward you a solid chunk of his money and assets regardless and regardless, you’ll be reasoning out to others how you deserve it.

Strangers may believe you, but no one else will. You probably know it, too. The very idea makes you angry, but then again, everything does.

What’s more, the only thing reliable about you is that when you walk into the room, people know their day is about to go down in quality. Your very presence reeks of social tyranny. You’re likely furrowing your brow and arching your lip at someone, asking why they think the joke they just told is funny and arguing why it’s not. Conversations with you are usually confined to speaking ill and gossiping about people you know to complaining about something, anything.

People don’t like you because you’re a negative force in the universe. You’re a villain who has no good reason behind being a villain, and what makes it even worse, is that you have convinced yourself that you’re a warrior against villainy. People hate you more than they hate some of the offenders locked away in prison right now.

You’re Dolores Umbridge from the Harry Potter series. People hated her more than they hated Voldemort.

You’re just a miserable person, and whether you know it or not, you’re trying to bring misery so you have company. You front a tough exterior who doesn’t take anything from anyone, but in reality, your massive, overwhelming insecurity is telling you people are out to get you and your philosophy is that a good offense is the best defense.

Just stop. You’re not only making the world a worse place for people around you, but you’re making it worse for you. That self-consoling thought that people don’t like you because you don’t let them get away with screwing you over is hollow. It’s very likely that people aren’t actively trying to hurt you, they’re doing the best they can with what they have and sometimes that results in inconveniences. Normal people understand this and try to mutually help one another. You don’t and believe that you must come out on top. It’s ruining your relationships. It makes people who would otherwise enjoy your company avoid it like the plague because you are a plague.

This kind of thinking is making you as miserable as you make everyone around you. You find yourself angry all the time. You live for fury and think highly of yourself because you think you live in a world where no one else does. You think it’s your sword and shield, but really it’s a crutch. You’re half-right. No one does think highly of you but that’s your doing, not circumstance or human nature.

In order to change that, you need to come to some realizations. For one, admit that you have a problem and that you’re wrong. Like many drugs, that will be one of your hardest hurdles. Second, learn to compromise and be happy doing it. You don’t always have to “win.” Not everything is a competition and teamwork makes the dream work.

Thirdly, stop taking life so seriously. Not every inconvenience you come across is Helm’s Deep. Not every conflict requires inane amounts of aggression. Not every problem requires you to dwell upon it for days.

Fourth, and most importantly, remove yourself from the throne you put yourself on. Your self-importance and sense of entitlement are ruining your life and likely the lives of others. Be realistic about your character flaws, which are many. Work to improve yourself instead of forcing everyone around you to act differently to make up for your weaknesses.

There’s an entire world out there and it doesn’t revolve around you. Once you realize that, you and everyone around you will be much happier.