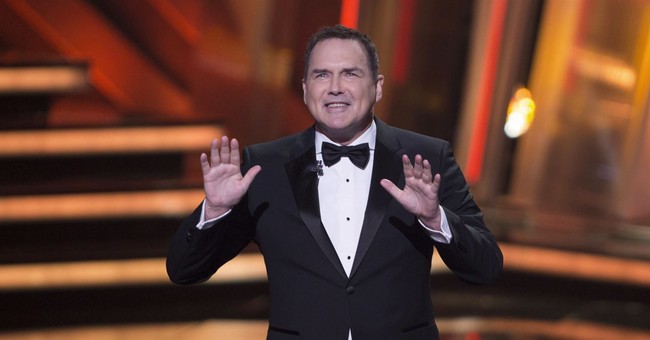 FILE – In this March 13, 2016, file photo, Norm Macdonald begins as host of the Canadian Screen Awards in Toronto. “The Tonight Show canceled an appearance by Macdonald after he made comments about the MeToo movement and fellow comedians Louis C.K. and Roseanne Barr. (Peter Power/The Canadian Press via AP, File)

Comedian Norm Macdonald has been making random bits of commentary throughout this lockdown due to the pandemic caused by the Wuhan Coronavirus.

While most celebrities are being insufferable — save for a precious few — Macdonald has actually been a pleasure to follow.

For one, he’s one of those self-aware celebrities who understands that there’s a time and place for various things. For instance, he bashes the celebrities that released the collaboration video of themselves singing John Lennon’s “Imagine,” which now lives in infamy all over the internet.

I don't know this celebrity was who sang "Imagine" online so the elderly ones who are dying agonizing deaths can be assured by a smug celebrity that there is no heaven. God, celebrities are idiots. Shame.

(READ: Celebrities Make Collaborative Video Singing “Imagine” and Its Cringe Level Is Off the Charts)

But being a guy with a solid sense of humor, Macdonald decided to inject a little fun into the dark world we now live in to brighten the mood. As such, he released a song about how much he loves eating bats titled “Norm Macdonald’s Bat Song.”

Within the song, Macdonald notes (as sung by Josh Gardner) that he and Ozzy Osbourne have the same taste in food and manages to actually rhyme “spelunking” with something.

Notably, Macdonald doesn’t seem to have qualms about pointing out that it’s a “Chinese flu,”  which, for some reason, will earn you the title of “racist.” As usual, Macdonald doesn’t seem to care what others think and will actually break with politically correct guidelines in order to make comedy, which everyone should note, is exactly what comedians should be doing.

In fact, as I’ve said before, the entire point of entertainment based celebrities is to entertain, not make political points or try to be thought leaders. I’m happy to see Macdonald maintains his position of being someone who tosses out the Hollywood playbook and does his job, joining the ranks of people like Ryan Reynolds and Ricky Gervais.