The famed christian Colorado baker Jack Phillips, compared to Nazis in the court of public and government opinion for refusing to make a cake for a gay wedding, has recently been discovered to be the son of a man who fought the Nazis in World War Two.

The case against Phillips started in 2012 when the Christian baker refused to bake a cake for a same-sex ceremony for Charlie Craig and David Mullins. The Colorado Supreme Court ruled that Phillips had violated Colorado’s anti-discrimination laws, and forced him to attend a “re-education” programs. He was also to submit quarterly “compliance” reports for two years to show that his religious beliefs were no longer guiding his decisions.

Phillips attempted to appeal the re-education program order, but was denied by the Colorado Civil Rights Commission.

One member of the commission, before denying Phillips appeal, compared Phillips’ actions to the Holocaust, and that the use of religious beliefs hurts others.

“I would also like to reiterate what we said in…the last meeting [concerning Jack Phillips]. Freedom of religion and religion has been used to justify all kinds of discrimination throughout history, whether it be slavery, whether it be the Holocaust,” said Commissioner Diann Rice. “I mean, we can list hundreds of situations where freedom of religion has been used to justify discrimination. And to me it is one of the most despicable pieces of rhetoric that people can use – to use their religion to hurt others.”

But investigation by the Daily Signal into Phillips’ family showed that they’re the farthest thing from Nazis you can get. In fact, it turns out the Phillips family is known for fighting against Nazis in the last World War.

“That was particularly offensive to me because my dad fought in World War Two,” said Phillips in reference to Rice’s Holocaust comparison. “He landed on Omaha Beach in Normandy. He fought across France, he fought across Germany.”

“He ended up being part of a group that helped liberate Buchenwald concentration camp,” he told the Daily Signal.

Phillips showed the Daily Signal notes from his father about the concentration camp, and how horrible the conditions were.

This makes Rice’s comparison of Phillips refusal to defy his religious beliefs to the torture and death of millions of Jews seem not only sensationalistic, but downright disgusting. Furthermore, the Orwellian re-education Phillips was told he had to go through seems far more the action of a Nazi than refusing to bake a cake.

One has to wonder what Rice’s reaction would have been should the baker have been Muslim. The outrage of refusals to bake gay wedding cakes seems to be directed solely at Christians like Phillips. Any outrage about Muslims refusing to bake a gay wedding cake is mysteriously missing.

See Steven Crowder’s video where he tried to raise exactly that point by attempting to get Muslim bakers to bake him a gay wedding cake.

Wonder if there are any calls from civil rights commissions to reeducate these Muslims. 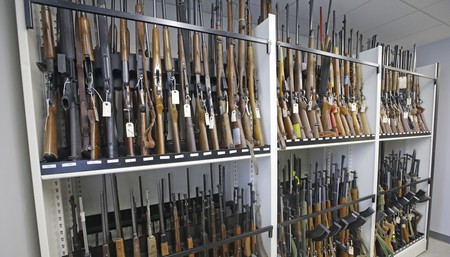