Nissan Decides to get Social Activist with Brie Larson, Learning Nothing at All from the Gillette Commercial Debacle 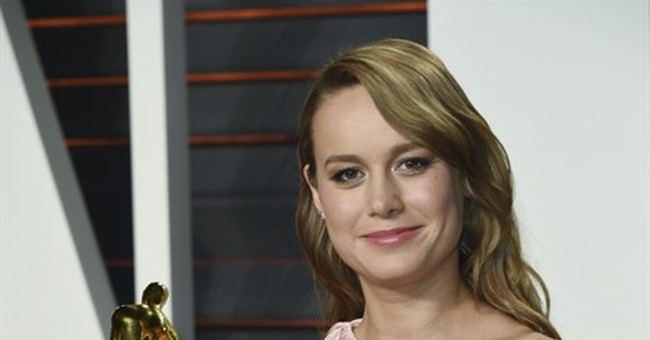 Corporations still have not learned their get woke lessons, it seems.

It takes all of 5 seconds.

In a new commercial campaign for the latest version of the Nissan Sentra, the automaker has decidedly chosen its target demographic. We are given a quick-blast scene where a white male with a rectally placed titanium rod informs a female that she is being passed over for a quarterly promotion. An engine revs, tires squeal, and then an orange Nissan slides into frame and actress Brie Larson commands that the bypassed woman gets in the car with her.

While driving recklessly and spitting out the features of the car in a machine-gun patter Larson repeatedly invokes the word ”compromise’’ to her seemingly kidnapped passenger. ”Does this Sentra feel like a compromise to you?’’ — ”The handling is good, no compromise there.’’ — ”So if this Nissan Sentra doesn’t compromise, why should you?’’. At the end the newly freed woman strides off confidently, as Larson looks on approvingly, and says ”Atta girl.’’

Glossing over the detail that the millionaire actress is attempting to foist a new car payment onto a woman we were shown to be denied a higher pay scale, this seems to be a rather narrow targeting of a customer group. Choosing Larson – a brash and outspoken celebrity who constantly is on the fight for female ennoblement – as the spokesperson seals the messaging here.

While not as overtly anti-male as the infamous Gillette commercial, where the razor company essentially denigrated its own customer base, this spot is no less distancing. The lone male in the ad appears both neutered and patriarchal, and the message hammered home is women should not compromise on their car selection. Males need not apply, nor show up at the showroom, it seems. Why a car maker would target its nameplate for a solitary gender, cutting out a massive portion of its potential customer base is a mystery.

Lest anyone think I am reading too much into this 30-second spot there is a companion video, where Brie Larson is interviewed behind the scenes. While Larson surely would balk at the prospect of making a sandwich for a male she certainly is adept at serving up word-salad. When asked what the commercial concept of ”No compromise’’ meant to her she gave her bubbly response.

”It is about sisterhood, helping each other up, community, and allowing each other to have the opportunity to believe in ourselves, because that really feels like the first step with all of this. Like, you can’t be what you can’t see, and so I think that actually following someone’s journey in disbelief into belief is a powerful image.’’

The crux of this entire spot, while itself not openly antagonistic, is that the focus is entirely on one target. Even though it does not go as far as Gillette had in telling its customers to stop being so aggressively toxic (leading those customers to stop buying the lecturing product) what is taking place is that this new Sentra is being positioned as a female-empowering vehicle. It is for women who want or need to be empowered. Men are thus left to seek out an alternative, it appears.

I am not an executive in the boardroom of an automaker, but it feels a miscalculation to deliver a message that excludes at the very least half of your potential customers. When you are basically selling the message to men they need to ‘’Stay in your lane’’ it leads to those men not driving onto your lot.