The reactions to what looks like a near-inevitable Bernie Sanders nomination have been fascinating to watch. Among liberals, we’ve seen lots of commentators fall in line, with a few like Chris Matthews and James Carville choosing instead to lose their minds. No doubt, it’s been entertaining to witness at times.

Yet, there’s a much more serious issue to deal with, and that’s just exactly what Sanders winning would like. Among the Never Trump movement, we’ve seen figures like Jennifer Rubin and Tom Nichols pledge their votes for a literal communist simply because the orange man is just too bad. Then there are people like David French who, instead of just admitting the very repercussions a Sanders’ presidency would bring, are gaslighting on its probable effect.

1) Bernie cannot bring socialism. He cannot rule by decree. None of his big plans will happen.

2) But that doesn't mean he's harmless. His presidency would be bad for America.

Our parties are failing to produce fit candidates. Do not endorse their failures with your vote.

To be kind, this is absolute nonsense for a variety of reasons.

For starters, whoever wins the presidency in November is likely to flip several Senate seats in the process. The kind of election that would allow someone like Bernie Sanders to win would almost certainly also make Chuck Schumer the majority leader. In that scenario, does anyone really believe it’s plausible that Schumer and Nancy Pelosi are going to stand in the gap shouting no to Bernie’s radical policies? Of course, they aren’t. They are just as radical for the most part, with perhaps a bit better style of hiding it.

Further, it should be noted that the idea that Sanders can’t simply rule by decree is also nonsense.

French is not stupid. He knows that the bureaucracy is a beast of a political force which has far-reaching ability to enact its will. Sanders can absolutely cause serious, irreparable harm simply via executive orders and unleashing the power of the regulatory state. Pretending that some mythical counterforce, either in the form of Congress or the bureaucracy, will stop Bernie’s most harmful impulses is fool’s gold.

But let’s be honest. The real reason he’s trying to soften the impact of Sanders being elected is because he’s arguing to sit out the 2020 election.

The fundamental posture of American citizens to the two dominant parties should be this:

You have to earn our vote. You're not entitled to it. Produce fit candidates or we vote for someone else.

Look, if French decides that is what’s best for his personal virtue, more power to him. But the idea that everyone else should sit on their thumbs while a communist takes power is a really tough sell. Not because people are too partisan or blinded, but because they recognize the existential threat Sanders poses to their way of life. French may not feel that way, as I’m sure the MSNBC hits and donor checks will keep coming if Sanders wins, but many others face far more real consequences in that event.

I would describe French’s position as incredibly naive if I weren’t certain he knows better. But he’s painted himself into such a tight corner at this point that all he can do is preach abstinence, even as someone threatens to take office that opposes everything he’s formerly claimed is important. From abortion, to economics, to foreign policy, to religious freedom, Sanders is guaranteed to do great damage to the conservative position in those areas.

Given those realities, I have a feeling most aren’t going to take him up on his advice. When it looked like Joe Biden would be the nominee, his argument was much more persuasive. With Sanders now looking unstoppable, it becomes much less defensible.

Here’s my final word on this. Someone can abstain in 2020 if they’d like. I won’t begrudge them (I did so in 2016) and I’d expect them to return the favor. But what they don’t get to do is pretend their abstaining doesn’t have real-world consequences. It does and they could be very, very bad if we end up with Sanders as president. No one should be gaslighting by claiming otherwise. 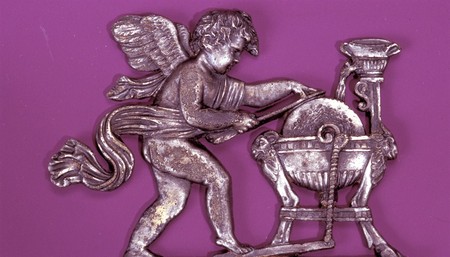