Doing His Own Thing: In the Fight Against the Wuhan Flu, New York Mayor Bill De Blasio Releases Hundred of Prisoners 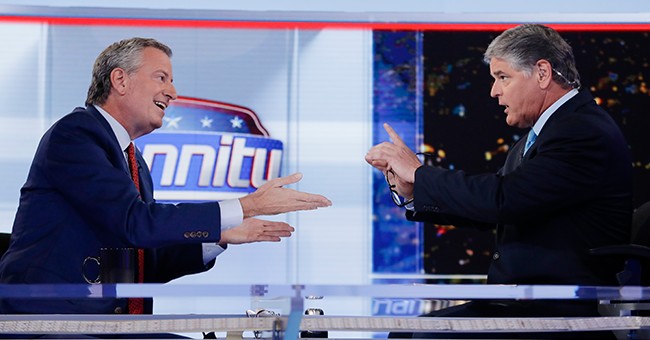 In this present moment, what do we need?

In the chess game of pandemic management, the mayor of New York City is making his move.

The right thing, according to Bill de Blasio: Release around 300 prisoners from Rikers Island.

As reported by CNBC, on Tuesday night, Mayor Bill announced the uncaging of a third of a thousand jailbirds who are at greatest risk of dying from COVID-19.

New York City to release 300 nonviolent inmates from Rikers Island. The prisoners all have light sentences, less than a year, and were found guilty of misdemeanor charges, Mayor Bill de Blasio said.
Via CNBC https://t.co/lkuB75gi3N

The Rikers Island inmate who tested positive yesterday is in his early 30s, @BilldeBlasio says. 8 other inmates he was in contact with have symptoms.

The criteria for those let go: over 70 years of age, imprisoned for nonviolent offenses, and less than a year’s worth of sentence left.

“We want to identify anyone in those categories and get them released immediately.”

The time left in their state-issued stays runs the gamut:

Those jailed for domestic violence and sex crimes aren’t eligible — so far:

“Although we’ll continue to look at cases individually, I’m not comfortable releasing those individuals at this point.”

As you surely know, compared to the rest of the country, New York’s been hit particularly hard by the virus. At the time of this writing, the state boasts 32,492 active cases with 366 deaths.

In January of last year, he announced to CNN that the money in New York City was “in the wrong hands,” and that he’d like to be the one to move it around.

And last April, in a bid to save the planet from an environmental apocalypse, he eyed banning hot dogs in American’s most populated city.

At the time, I displayed a map of the world accompanied by the following:

Then find a baby and clip one of his or her hairs. Then touch that hair to the screen, in the upper right corner of America.

Does it look like Big Apple footlongs are the pivot point for planetary survival?

Last July, in opposition to ICE, the mayor assured the city:

“Let’s be blunt here: @realDonaldTrump has turned ICE into a political weapon against our immigrant communities. To everyone worried this weekend: this is your city. We will do everything we can to protect you.”

Let's be blunt here: @realDonaldTrump has turned ICE into a political weapon against our immigrant communities. To everyone worried this weekend: this is your city. We will do everything we can to protect you. pic.twitter.com/1w4V4zjZlV

The guy does his own thing.

But when it comes to the Wuhan flu, he appears to have dropped the ball substantially — despite orders from the state, he and the city’s schools chancellor kept schools open despite employees having reported themselves as positive for COVID-19.

The defiance sparked outrage, with one education staffer insisting, “The blood is on their hands.”

"An expert agreed the failure to notify health officials was dangerous. 'The chancellor was not properly following state policy,' said Aaron Carroll, a health sciences researcher and pediatrician at Indiana University School of Medicine." https://t.co/hmbCUIudNI

It seems odd to keep the students and teachers packed in schoolhouses then let the prisoners free, but maybe he’s trying to learn from his mistakes.

Does this bring balance?

As indicated at the top of this article, Bill plans to release 300 prisoners immediately.

But, as per the New York Post, there’s a lot more where that came from:

The mayor said he is also working with the district attorneys and New York state to release another 800 inmates. About 700 of those people were jailed on technical parole violations.