Meghan McCain Leaves Nothing to the Imagination Over Rand Paul's Demand That the Whistleblower Be Outed: 'I Hate Him!'

As previously covered by my colleague, Sarah Lee, Rand Paul doubled down Tuesday on his position that the impeachment-enacting Ukraine whistleblower should be publicly outed.

Here’s how Sarah put it:

At a fiery Trump rally in his home state Monday night, Paul took the stage and demanded the media do their jobs and make the name of the whistleblower — already an open secret in DC — known to the American public.

Speaking of “fiery,” Meghan McCain had something to say about the happenin’.

And what a blazing opinion it was.

On Tuesday’s installment of The View, the daughter of late anti-Trump Senator John blasted Rand for appearing with the Commander-in-Chief at a Kentucky shindig and demanding whoever had their lips on the whistle get blown out for blowin’ it.

Rand, in his own words:

“The whistle-blower needs to come before Congress as a material witness because he worked for Joe Biden at the same time Hunter Biden was getting money from corrupt oligarchs. I say tonight to the media, do your job and print his name!”

On the show, before helmer Whoopi Goldberg could even finish introducing the clip, Meghan interrupted with quite a statement.

“He sounds so crazy. Why does he sound so crazy?”

“It’s against the law to reveal the whistle-blower’s identity. And now he’s telling the media to break the law. Why don’t you break the law and then you go to jail, Rand.”

Meghan’s light on that:

In a way I haven’t presently figured out, Whoopi went to Tricky Dick:

And Joy reminisced about the good ol’ days, when some Republicans were above pitiful partisanship:

“You had ethical Republicans in those days.”

Sunny Hostin found Paul’s position disgusting, and she suggested it could be worth a couple decades’ in the Clink:

“Yeah. I’m so disgusted because, you know, if Rand Paul were doing this to a witness and saying this about a witness that I had on one of my cases, I would send an FBI agent to his house and I would have him brought in because that’s witness intimidation, punishable by up to 20 years in prison,” Sunny Hostin added. “I would have him brought in. This person is a whistle-blower. He’s intimidating that witness and encouraging people to break the law. How dare he? He’s a sitting senator. He knows better.”

But perhaps most jarring — or honest — or, at least, clear — was Meghan’s initial interjection.

Before the Oscar winner could even get out “Raaand Paul,” McCain threw a knife:

Meanwhile, the identity of said whistler remains cloaked. Do you think America has the right to know who started the whole thing? Or, like the Miss Clairol woman’s natural hair color, is it none of our business?

I look forward to finding out in the Comments section below.

Abby Huntsman On ‘The View’: Trump And Crew’s ‘Campaign Of Confusion’ Will Sucker The Careless Dolts Who Support Him

Rand Paul Asks A Great Question: Why Isn’t The Media Calling Out AOC And Uncle Bernie For Championing The Systems Of MAO And Stalin?

The New Bond Villain Is Gonna Do Some Damage, But Great News: He’s Eco-Friendly 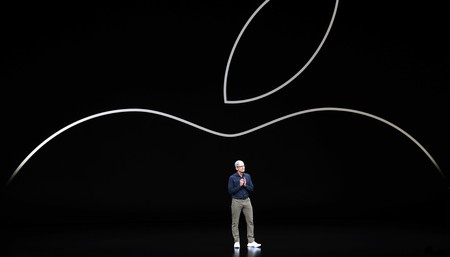