Perhaps it was a hobby before the election, and now it’s a full-time career: Alexandria Ocasio-Cortez seems to have the habit of commenting fervently upon things about which she doesn’t know (here, here, and here).

Here’s a candidate for the proverbial mix-add:

AOC should love that as an exposé — after all, white-privileged rich people are the enemy (here). Down with honkies!

The article noted, in part, the following:

Sen. Elizabeth Warren worked on more than 50 legal matters during her career as a professor at Ivy League law schools, charging as much as $675 an hour to advise a variety of clients, from people with asbestos disease to a corporation facing possible liability over ruptured breast implants.

Not knowing anything about the article — and, apparently, not trying to know anything — Alexandria attacked it.

It reminds me, by the way, of one of 70’s-era Steve Martin’s hallmarks of idiocy: “Criticize things you don’t know about.”

Here’s Ocasio-Cortez’s bellow into the ether, which seems to suggest the article was a sexist protest piece by Andrew, angry because a woman had made more than he.

Where was her solidarity in opposition to the rich?

BREAKING NEWS: Lady Had A Job, Got Paid More Than Me

People made fun, including The Washington Free Beacon’s Alex Griswold:

Some suggested Alexandria was sexist for defending a woman over something the Green New Dealer’s previously railed against:

Is Elizabeth Warren a smart, hard-working woman who deserves to be compensated at 80X the minimum wage, or is she an exploitative wage-thieving capitalist? Did she pay her “fair share” of taxes, or no?

Why defend Warren here while calling most other high-earners monsters? pic.twitter.com/Pvdtm7E7pp

Matthew Cowart pointed out that the article wasn’t written by a man, but rather, two chicks:

He didn’t write the article. 2 WaPo women reporters did & the article does everything it can to flatteringly portray her work on Chapter 11 bankruptcy creditor committees. There is, literally, no attack in the entire piece.

It’s a bit of a jumble, but this is what happens when you go around attacking people for their race, their sex, and their success. Alexandria’s really put herself out there, and the pundits are hovering. Even those making less than privileged Pocahontas. And those who are less privileged than Rep. Ocasio-Cortez.

Dipsology: Beyond the Basics – On Black Friday Lineup to Nab Some Bourbon County Stout 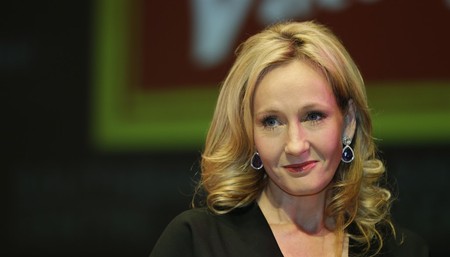 HuffPo Journalist Walks Back Everything She Thought About J.K. Rowling After Just a Little Digging
Brandon Morse

The Lie-Able Sources Podcast: From Twitter to Qatar—and (Not) From Russia With Love