If Masculinity is Toxic, it's Still the Antidote to Femininity (the Reverse is Also True)

The Left is bizarrely contradictory.

On one hand, it tells us to leave people alone. People are born with all manner of differences, it says, and they should thrive just as they are. Other cultures? The evil of colonialism should let them be. Christian missionaries in undeveloped places? No way.

The rainforests? Save them. Business and industry have no place destroying them. (Curiously, however, if you cry, “Save the rainforests,” people care; “Save the jungle” elicits no response, though they are one and the same).

As for the environment more broadly, we are to keep to a strict hands-off policy. The land, the air and sea — humans are disturbing the natural state of things.

And in this case, the Left is right: Ecosystems do depend upon counterbalance. Remove a species, and it upsets the whole.

But what of the sexes? What of masculinity? Femininity is slightly more than half of the sexual ecosystem. It is necessary; it is right. And it is in need of balance. God saw the need to be so great that He provided men for such a service. The opposite is true, too: The general characteristics of women balance out the tendencies of men. So necessary is that offset that over half the planet is female. Still, both are requisite.

And at the present moment, half of that critical balance is under attack.

That seems to be happening now, to men. And it’s not just dumb; it’s detrimental. To the natural balance of the world.

Women excel. At being women. Men do the same, according to their natural instincts (which are not, as Gillette has recently suggested, to simply be the worst humanity has to offer). I could list the male-female distinctions as I see them, but there’s no need; anyone paying the slightest bit of attention recognizes natural differences between the sexes.

Women should be allowed to shine, as should men. And that means thriving in some ways that are currently being labeled “toxic.”

Ironically, at the same time that the Left is saying men are a blight, and while Hollywood is telling us The Force is Female, women on the big screen are less frequently being allowed to be women: We’re being sold the idea that a “strong” woman is a fierce, aggression-fueled, independent warrior who punches 200-pound dudes who subsequently fly across the room. There used to be a word for people like that in film: men. It appears that female characters are being forcibly redefined with the “toxic” definition of their previous male celluloid counterparts.

Women, to a degree, therefore, are being told men are worthless, and that they too are worthless unless they act like them.

So what is toxic? Too much masculinity? Too much femininity? Yes, if it’s too much, worldwide: If either sex disappeared, we’d have too much of what was left.

But men are not disappearing. Neither are women. No matter what the Left says or does, every day, little men and little women are entering the world; and as the Left suggests, they just want to be themselves. Be women. Be men.

And to tell either of them to not be is truly toxic.

I’m Alex Parker, and that’s what I think.

See 3 more pieces from me: the vagina monologues, Melania vs. her bullies, and Trump throwing out Acosta.

If you have an iPhone and want to comment, select the box with the upward arrow at the bottom of your screen; swipe left and choose “Request Desktop Site.” You may have to do this several times before the page reloads. Scroll down to the red horizontal bar that says “Show Comments.” 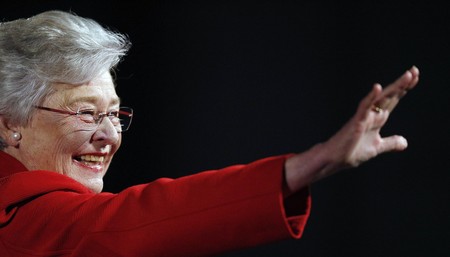