Pompous CNN: Trump Continues to Thrive Because You are Stupid

At issue was Trump’s attempt to explain a comment made at Monday’s Helsinki press conference. The President seemingly sided with Vladimir Putin as opposed to U.S. intel.

As per USA Today:

“‘I said the word “would” instead of “wouldn’t,”‘ Trump explained, speaking at the White House more than 24 hours after his news conference with Putin began drawing fire from allies and critics alike. ‘The sentence should have been, “I don’t see any reason why it wouldn’t be Russia.” I think that probably clarifies things pretty good by itself,’ Trump said.”

“Did the dog eat his homework, too? … How stupid does President Trump think we Americans are?”

“I say this, and I’m not saying this tongue-in-cheek. How stupid does he think we are?”

“Well, short answer is he thinks we’re very stupid. And in many ways, you can’t argue against that. … He has gotten away with this ever since he came down that escalator when he announced his presidency. We have seen him time and time again say one thing that is outrageous, that causes anger, then he turns around and acts like he never said it.”

Ever since he came down the escalator — in other words, only stupid people voted for Donald Trump.

The biggest problem at this point, according to Preston, is that Trump’s supporters…support Trump:

“Now, the problem that we’re facing right now, Erin, is he enjoys an 80 percent approval rating amongst Republicans.”

Was it a problem in 2014 when a high percentage of Democrats endorsed Obama?

Donald Trump messed at the Helsinki press conference (which I cover here). But the media and congressional Democrats have used the opportunity to say such inane things (as featured here and here). And, as always, when those on the Left aren’t castigating Trump himself, they are raging against the citizenry which approves of his presidency.

In doing so, they just keep driving people further into Trump’s boat (as described here). They can’t learn this basic lesson: just like the supporters who they think are stupid, their insanity elected him, too. And at the moment, they seem poised to elect him again in 2020.

In case you missed the relevant RedState links in this article, please go here, here, here, and here.

For something completely different, please check out my coverage of religious freedom and the governors race, the Left’s rhetoric ratcheting up to murder, and Jerry Seinfeld’s thoughts on the firing of Roseanne. 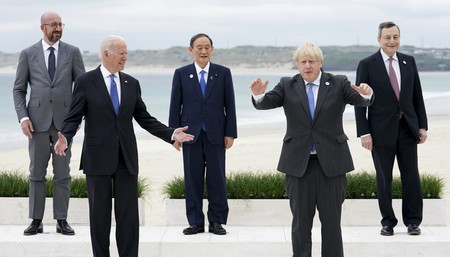 Let Them Destroy Each Other
Townhall
Peter Doocy drops massive mic on Jen Psaki after she insists that 'there is certainly not an open border' and tries to make him the bad guy [video]
Twitchy
New Timeline of Mark Milley 'Treason' Invalidates His Defense
Redstate
Latest Durham Indictment May Make Russiagate the Most Corrupt Scandal in U.S. History
PJ Media