Trump Speaks, the Media Lies, and the Artist of the Deal Makes his Move

The media doesn’t always present the truth, the whole truth, and nothing but the truth. That’s why there are sites like RedState. If you could simply turn on the television and trust what you heard, we would be unnecessary. The same goes for some sources online.

For examples of this, look no further than coverage of the border family separation issue.

On Monday, the President spoke about the need for an immigration bill, the crises in other countries, and the terrible nature of family separation at the border. What was the response? Well, Yahoo’s headline read, “White House falsely blames Democrats for family separations.”

And that, folks, is why I have a job.

Furthermore, Yahoo News asserted, “President Trump…again tried to shift blame for his administration’s controversial policy of separating immigrant families at the border to Democrats, while others in his administration threw up a variety of confusing, misleading and sometimes contradictory explanations and defenses.”

Once more: not the whole truth.

Separating illegal alien children from their illegal immigrant parents at the border is not his administration’s “policy.” It is a law.

Its history dates back to the Clinton administration. Then the Democrat-led Congress of 2008. Then the Obama-era 9th Circuit Court of Appeals. Read more here.

In a press briefing, Trump stressed the need for an immigration bill, socking it to the withholding Democrats:

“We cannot get them to sign legislation. We cannot get them even to the negotiating table. And I say it’s, very strongly, the Democrats’ fault. … If the Democrats would sit down instead of obstructing, we could have something done very quickly. Good for the children, good for the country, good for the world. It could take place quickly. We could have an immigration bill…we’re stuck with these horrible laws. They’re horrible laws. What’s happening is so sad. It’s so sad. And it can be taken care of quickly, beautifully, and we’ll have safety.”

It is the Democrats fault for being weak and ineffective with Boarder Security and Crime. Tell them to start thinking about the people devastated by Crime coming from illegal immigration. Change the laws!

He was also keen to put in a plug for the economy:

“This could really be something very special. It could be something, maybe even for the world to watch. Just like they’re watching our great economy, how it’s soaring. They could watch this.”

One thing I appreciate about Trump is the seemingly binary nature — some might say, over-simplicity — of his view of the world. It’s a very win/loss approach. Clearly, he wants to turn our immigration system from one to the other:

“We have the worst immigration laws in the entire world. Nobody has such sad, such bad, and actually, in many cases, such horrible and tough. You see about child separation — you see what’s going on there.”

In his view, part of winning is sealing the border so we aren’t having to manage the throngs of people who shouldn’t be able to slip through in the first place:

Whether The Art of the Deal was ghost-written or not, the President is a very smart dealmaker. The media have tried to — perhaps in order to veil the successes of his North Korea summit — vilify him with the law separating children from parents down south. What does he do? He turns it against them: it’s now leverage for an expedited immigration bill.

Not to shabby for a humble eccentric real estate tycoon billionaire.

What do you think? Are the President’s actions smart or foolish? I want to hear from you; I want to know my readers. If I’m wrong, tell me why.

Please check out my other articles on the border situation, such as this one. 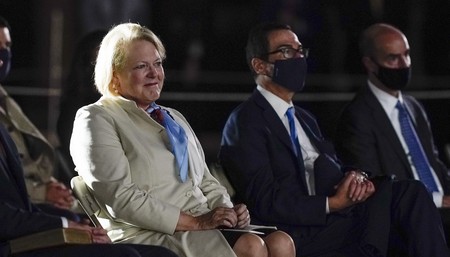