Are you kidding me?

Former Maricopa County (Ariz.) sheriff and recently-pardoned Joe Arpaio is feeling a bit frisky, after skirting sentencing for contempt of court, thanks to an intervention by President Trump.

Since there’s not enough crazy challenging for seats held by Arizona’s sitting senators, Arpaio may just throw his hat in the race to challenge Senator Jeff Flake.

“I’m sure getting a lot of people around the state asking me” to challenge Flake, said Arpaio, who served 24 years as sheriff before losing reelection in 2016. “All I’m saying is the door is open and we’ll see what happens. I’ve got support. I know what support I have.”

Really? You’re being asked by a lot of people?

Arpaio said he swore off another candidacy in January, when he left office, but that “with what I’ve seen happening in recent months, especially what’s happening with our president, I said, ‘Hey, why not?'”

“Why do you say ‘wow’?” he admonished, adding: “They just say Sheriff Joe Arpaio comma 85 years old. Why do they always say that?”

Arpaio said he believes “there is discrimination against senior citizens, bigtime” and that “I’m proud to be my age. I work 14 hours a day. If anyone thinks my age is going to hold me back, I’ve got news for them.”

“The bottom line is there’s no way I’m going to go fishing. I have no hobbies,” he said, declining to say how likely he is to seek office.

Well, get some hobbies. You managed to avoid justice, in the eyes of many. The only way to see it as a good thing is when you factor in a sense of humanity, given that you’re 85 years old. Otherwise, yeah. You should probably be locked up.

Right now, this looks like an attempt to keep in the spotlight, as well as to wrest that Senate seat from Flake, who is also being challenged by Kelli Ward.

Flake, along with Senator John McCain, was critical of last Friday’s pardon of Arpaio.

Let’s hope the people of Arizona use a bit of discernment in this.

Will ‘Voting Rights’ Become a Winning Issue for Democrats in 2022? 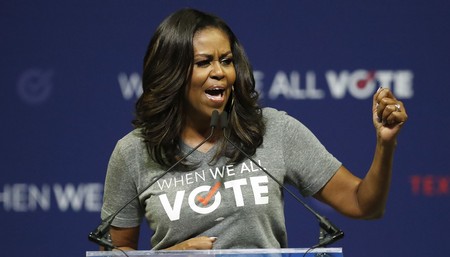 It Was At This Moment Chuck Schumer Realized He Screwed Up
Townhall
'Just another misled man': Rep. Adam Kinzinger puts to rest all doubts about 'Ray,' says he apparently broke no laws so was let off
Twitchy
Adam Kinzinger Blows up the Jan. 6 Game Against the GOP With His Ray Epps Defense
Redstate
Bombshell Project Veritas Exposé Poses Urgent Questions for Fauci and the Entire Pandemic Response
PJ Media