So yesterday I wrote what I thought was a relatively mild article about radio personality, Mark Levin, and his spitting rant against Fox News’ Megyn Kelly.

She has, actually, and even immediately followed up the segment with Gingrich with a story about Clinton’s emails.

In my title, I called Levin a “Political Hostage,” giving nod to the fact that he doesn’t seem steeped in the Trumpling culture, but rather, was unceremoniously hooked to the Trump train when all other candidates were eliminated through the primary process.

What I also pointed out, however, was that Levin seemed to be piling on Megyn Kelly in a way that has become all too familiar with Trump’s cultists: If you question Trump, you must be a Hillary supporter.

Frankly, Kelly may very well be a Hillary supporter. I don’t know.

I also don’t care. That’s not the point.

The point is, she is free to run her show and her life in whatever way she sees fit (and her employers allow). Unless Levin is her show runner, how is it that he feels justified in calling her out, that way?

Frankly, if Trump is seeking to be the leader of the free world, then his character is very much an issue to be put on the table.

We already know how awful Hillary is, but that “R” Trump is sporting doesn’t give him immunity.

Levin is actually a mystery on this. I stopped listening to him in 2015, when he seemed suddenly enamored of candidate Trump and would play up Trump’s angry appeal on his show.

I shut him off, along with Hannity, Limbaugh, and quite a few others who were overtly Trumpified.

I was surprised when Levin endorsed Senator Ted Cruz in the Spring of 2016. It made him worth listening to again, in my estimation – not so much the Cruz part, but just the fact that he endorsed anybody other than the Cheeto devil.

Then Cruz was out, and Levin reluctantly bought his ticket for the Trump Traveling Freak Show.

Inbreds and dullards and Nazis, oh, my!

So I wrote about his rant and within hours, was called a “Leninist,” a “fool,” and “unhinged” by a man who has gone full-froth over his demands that others fall in line behind a candidate that many hold to be wholly unqualified for the office of the presidency.

Frankly, I don’t get why he even cares what I think. He’s “the Great One,” I’m told. He’s written books. I’ve even read some of them!

Who am I? Just some random wisp in the wind. I’ve only been doing this thing for seven months.

I tell you all that, so that I can segue into this:

There is a place for reconciliation between the Never Trump crowd and those who fell in line, when it seemed that there was no other choice.

It may not come until after the election, but it is possible, and it needs to happen.

This election has fractured this nation along so many lines. I suspect much of it was purposeful on the part of the candidates.

One more reason to be deeply distrustful of them both.

If the conservative movement is to be rebuilt, it’s going to take the sweat and effort of the grassroots, as well as the voices and guidance of more established conservative movers and shakers.

Those who planted their feet firmly on the hill of principle and would not let party loyalty cause them to bend may have to soften towards those who felt party loyalty was necessary, and who begrudgingly gave their support to Trump.

Likewise, those political hostages, like Levin, are going to have to give up this notion that conscience has no place in politics. They need to be willing to meet the Never Trumpers on some neutral ground, for a common cause, no matter what happens on November 8.

I know many that want nothing to do with any Trump supporters, but I’m not ready to throw all the babies out with that particular bath water.

I can see a starting point for healing. We’re going to need it, too.

The alt-right have emerged and now feel empowered to move freely among us. These are the hardcore Trumpidian cultists, practicing racism and xenophobia without the slightest shade of shame.

I do not lump the casual Trump voter in with that lot.

The alt-right are enemies to both the Never Trumpers and the casual Trump voters. I see no way to redeem them in the eyes of society, or to find common ground with them.

On November 9, 2016 there needs to be a concerted effort to wrest the movement from the hands of the alt-right troglodytes, so it will be time to reclaim the allies we once had, in order to drive them back to the shadows and sewers they oozed from.

We will need voices like Mark Levin, but if he’s going to keep trashing every Never Trump conservative and displaying skin as thin as his candidate’s, then how will we ever reach that goal? 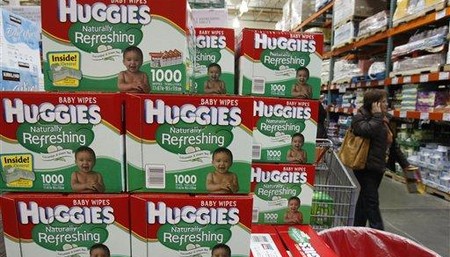