Rhode Island National Guard Searches House-to-House for New Yorkers Fleeing the Wuhan Virus, Can Hunting Them for Sport Be Far Behind? 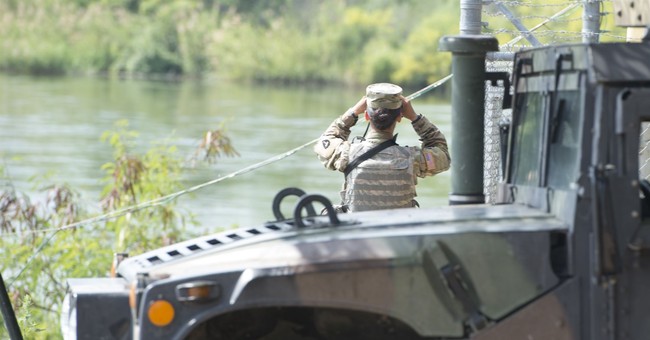 A little earlier this year, there was a huge kerfuffle over a Hollywood picture called “The Hunt” in which rich, effete liberals tried to acquire a patina of heroic virtue by hunting down human quarry who were thinly disguised Trump supporters. Now this scenario is beginning to play out for real.

This is from Bloomberg, so it may or may not be true, but because it is coverage of a Democrat politician in a Democrat stronghold, I’m assuming the story on-the -ground is worse than this:

Many New Yorkers have summer houses in Rhode Island, especially in tony Newport, and the governor said the authorities would be checking there.

“Yesterday I announced and today I reiterated: Anyone coming to Rhode Island in any way from New York must be quarantined,” the governor said. “By order. Will be enforced. Enforceable by law.”

Raimondo signed an executive order Thursday that applies to anyone who has been in New York during the past two weeks and through at least April 25. It doesn’t apply to public health, public safety, or health-care workers.

National Guard members will be stationed at the T.F. Green airport, Amtrak train stations and at bus stops. The citizen-soldiers will be following up with people at local residences. The maximum penalty for not complying: a fine of $500 and 90 days in prison.

New York is the current epicenter of the outbreak of Wuhan virus. About half of all diagnosed cases of the virus in the US involve persons who are residing in New York. That New York is now an actual rather than metaphorical pit of pestilence has not been lost on other states.

States are pulling back the welcome mat for travelers from the New York area, which is the epicenter of the country’s coronavirus outbreak, but some say at least one state’s measures are unconstitutional.

Governors in Texas, Florida, Maryland and South Carolina this week ordered people arriving from the New York area —including New Jersey and Connecticut — and other virus hot spots to self-quarantine for at least 14 days upon arrival.

Connecticut officials have also pleaded with New Yorkers and others from out of state to avoid visiting unless absolutely necessary.

Florida was the first state to try to deter fleeing New Yorkers, ordering tri-state area arrivals on Monday to go into mandatory quarantine for two weeks. It has since expended the restrictions to travelers from Louisiana. The federal government followed up Tuesday with a recommendation to do the same country-wide.

“If you were in New York state, you left when you were told to shelter in place,” Republican Gov. Ron DeSantis said earlier this week. “You defied that and then you got on a plane and came here, and so we don’t want there to be any fallout here.”

Texas Gov. Greg Abbott has warned that those who don’t comply with his Thursday order, which also extends to those coming from New Orleans, risk jail time. State troopers would be conducting visits to make sure people were staying put as required, he added.

As President Trump weighs a possible quarantine for the New York area, Gov. Andrew Cuomo says "I don't think it's legal": "I don't believe that any federal administration could be serious about a physical lockdown … I don't think the American people would stand for it" pic.twitter.com/YM9IXb7iZC

If Cuomo thinks America would not stand for quarantining New York, he really needs to get out more. Trump could probably coast to a 49 state landslide by running on that idea alone.

Is the next logical step here hunting New Yorkers for sport, or declaring them varmints and placing a bounty on them?

All joking aside, this disgraceful state of panic exhibited by a lot of elected officials is proof positive that not only are we ruled by inept people, we are ruled by some of the worst possible people. Andrew Cuomo has been in state of public hysteria for weeks, one doesn’t know whether it is real and he’s simply exhibiting a lack of leadership and moral courage or if it is merely contrived bullsh** to try to wheedle federal resources to cover for his ineptitude and to fill a billion-dollar-plus gap in the state budget. Asking people from New York to self-quarantine is a quantum leap from sending police and National Guardsmen door to door to locate people from New York and compel compliance. The former is based on a shared sense of civic responsibility. The latter is a departure from our traditions as a nation and is shameful.