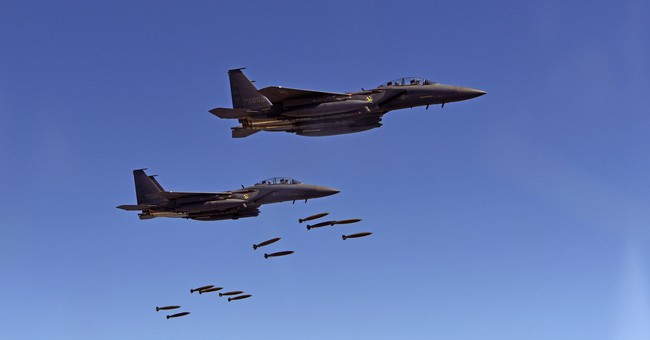 Just a few hours ago, the major coalition base in Iraq, Camp Taji, was hit by a barrage of 15 107mm Katyusha rockets. Two American and one British soldier were killed.

UPDATE: 3 Coalition personnel were killed during a rocket attack on Camp Taji, March 11. Names of personnel are withheld pending next of kin notification. Camp Taji is an Iraqi base that hosts @CJTFOIR personnel for anti-ISIS training & advising missions. Full statement below. pic.twitter.com/tDwxNwqNOZ

If the modus operandi sounds familiar, it should. It is exactly the same as that which killed a US military contractor on December 27. That attack was carried out by the IRGC proxy militia Khatib Hezbollah.

Right now, there are numerous fragmentary reports that US airstrikes are underway. The reports are local, Arab reports so keep that in mind when evaluating. If there haven’t been airstrikes, there is every reason to believe that if the death of one US civilian contractor rated airstrikes in December, the deaths of three Coalition soldiers will rate airstrikes soon if they haven’t already taken place.