A lot of stupidity has worked its way into the American political system since 2015. We’ve seen part of it played out on the National Mall where is was deemed unseemly for high school kids to wear MAGA hats because OrangeManBad. The most stupid and the most dangerous is the belief held by the national media that because a candidate is supported by some unseemly person, even and unseemly anonymous person based in a foreign country, any victory by that candidate is a direct result of said support. Consider for a moment what you actually have to believe in order to take the whole “Russia wanted Trump to win” bullsh** as anything more than “so what?” For it to matter you have to show that Russia’s $100,000 investment actually changed enough votes in a few counties in three states to tip those states from Hillary Clinton to Donald Trump. For it to matter you have to show that the millions of people who voted for Trump were influenced by Russians Facebook ads. And on and on. Of course, Russia was meddling in the election and, to a very, very limited extent, they supported Trump, but the ads and tweets we have seen indicated they were trying to ensure that when Hillary Clinton became president that she had been weakened. Similarly, the special counsel’s investigation has shown the same Russian accounts funded anti-Trump demonstrations in November 2016.

This brings us to Hawaii Representative Tulsi Gabbard. Gabbard has run afoul of the Democrat establishment for their conclusion that orthodox Christians are not qualified for appointment to the federal bench because they might actually have morals. I don’t like her politics, and her craven flip-flop on homosexual marriage shows she’s not to be trusted, but, as Democrats go she at least seems normal and even somewhat patriotic. What has really ticked off the Democrat establishment is the fact that he directly attacked the hefty and slow-moving Mazie Hirono and she’s said that she is running for President. Now a Democrat linked cybersecurity firm is warning that Gabbard is, you guessed it, supported by the Russians.

The Russian propaganda machine that tried to influence the 2016 U.S. election is now promoting the presidential aspirations of a controversial Hawaii Democrat who earlier this month declared her intention to run for president in 2020.

An NBC News analysis of the main English-language news sites employed by Russia in its 2016 election meddling shows Rep. Tulsi Gabbard of Hawaii, who is set to make her formal announcement Saturday, has become a favorite of the sites Moscow used when it interfered in 2016.

Several experts who track websites and social media linked to the Kremlin have also seen what they believe may be the first stirrings of an upcoming Russian campaign of support for Gabbard.

Within a few days of Gabbard announcing her presidential bid, DisInfo 2018, part of the cybersecurity firm New Knowledge, found that three of the top 15 URLs shared by the 800 social media accounts affiliated with known and suspected Russian propaganda operations directed at U.S. citizens were about Gabbard.

The most important thing here is that the Russians could very well see Gabbard as an attractive spoiler candidate. That doesn’t mean she’s owned by Putin (because Russia is not our friend, amirite?) or sympathetic to him or even supported by him. It simply means that these people believe that she has the potential to attract a following. That doesn’t mean she actually has that ability. Recall in Mueller’s indictments of Russian “hackers” he mentions that one of them had traveled to the US in 2015 and had to ask what red and blue states are. This does not scream “political genius.”

The other interesting aspect of this is that the source is New Knowledge. While the story mentions the work that firm has done for the Senate Intelligence Committee they fail to mention that they are heavily linked to the Democrat establishment. In December, it was revealed that Doug Jones’s campaign for the Alabama Senate seat vacated by Jeff Sessions created bogus social media accounts that appeared to be Russian in origin that supported Roy Moore. The company that did that was New Knowledge.

As @aaronjmate first noted, NBC is relying on New Knowledge, the firm involved in the Alabama astroturf scheme, for its analysis. And Disinfo2018 is New Knowledge's collabo w/ Democracy Integrity Project, which is linked to Fusion GPS, Steele & Soros https://t.co/9KiESSqoyr pic.twitter.com/vIpAvX65C7

The problem with these partisan cybersecurity firms, like CrowdStrike (which, for reasons that are still unfathomable, was able to bigfoot the FBI out of the investigation of the hack on the DNC servers) and New Knowledge, is that their methods and data are opaque to the public and they are so enmeshed with the progressive media establishment that no mention is ever made of their partisanship.

Is Gabbard really being touted by anonymous maybe/maybe-not Russian social media accounts as a great candidate? Or is New Knowledge simply acting to preemptively discredit her? We have no way of knowing and the fact that NBC doesn’t reveal the true provenance of this information is not a great sign. 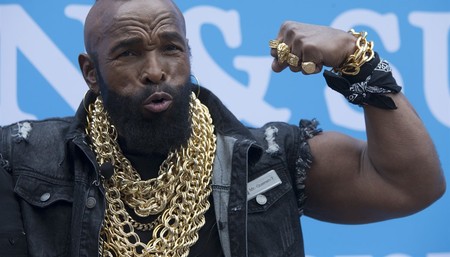 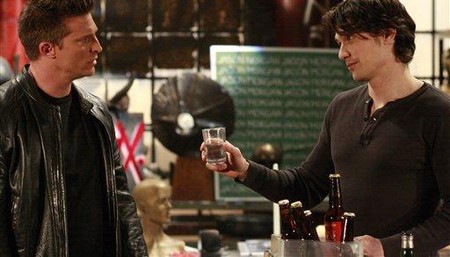 What Al Sharpton and Ben Crump Did When Ahmaud Arbery's Father Said 'All Lives Matter' Tells You Everything
Townhall
WaPo explains why tweet about 'Waukesha tragedy' that was 'caused by an SUV' has been deleted
Twitchy
Dr. Fauci's Comments on New COVID-19 Variant and the Origins of the Virus Give the Game Away
Redstate
We Need 'Kyle's Law' to Put DAs on the Hook for Lying to Create Political Show Trials
PJ Media