Everyone was expecting Trump’s executive order to construct a physical barrier along our border with Mexico (full disclosure: I think this is a bad idea if your intent is to reduce net illegal immigration). Naturally, there was that percentage, like Pete Sessions, who criticized the actions before they knew what was in them.

But there was more involved.

Trump signed the actions during a visit to the Department of Homeland Security as his aides met in the White House with two top Mexican cabinet officials, according to the Associated Press.

One of the orders signed by Trump calls for the construction of “a large physical barrier on the southern border,” according to White House press secretary Sean Spicer.

The other order deals with immigration enforcement and ends the “catch and release” policy that quickly returned border crossers back to Mexico instead of arresting and processing them for deportation. The policy was a fixture of the Bush administration and was later reinstated on an informal basis by former President Barack Obama.

“Federal agents are going to unapologetically enforce the law, no ifs, ands or buts,” Spicer said.

The immigration actions also seek to withhold visas from countries to make sure they take back people in the U.S. illegally who are found to have broken U.S. laws. It would also strip federal grants from “sanctuary” cities and states that do not enforce federal immigration laws.

The downside to this, of course, is that Jeff Sessions is going to have to carry out a massive napalm attack on the the “immigration judges” who seem more intent on keeping illegals in the United States than deporting them. The good news is Sessions appoints immigration judges and can make that happen. It is going to require detention camps and a guard force and a crap-ton of money. But it will be money well spent if we start sending the message that if you get caught illegally you will never, ever get the chance to become a US resident because you have an arrest record. The processing also means that their fingerprints will pop on a typical fingerprint check after any other arrest.

The second part is cutting off federal grants to cities that refuse to cooperate with federal authorities in the enforcing of immigration laws. This is long overdue and it is to the everlasting shame of Reagan (yes, Reagan, it has its roots in harboring refugees from El Salvador and Nicaragua during our dirty wars there) and both Bushes that they allowed this movement to take root and flourish.

All in all, a damned good start at fixing the problems that can be fixed by executive branch action. 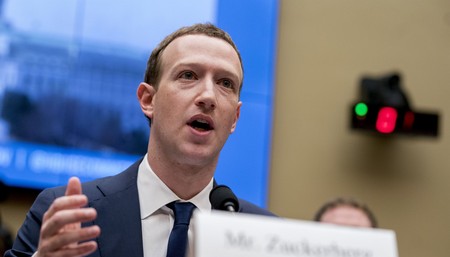 Deep State and Mainstream Media Hopping Mad With Pompeo
Townhall
New study: Lockdowns didn’t stop the spread of COVID-19 after all
HotAir
Sharyl Attkisson & others do a #1A fact check on Penn. Lt. Gov's claim about what's 'not protected speech'
Twitchy
IT BEGINS: Trump to Declassify 'Foot-High Stack' of Obamagate Documents
PJ Media