PANIC ON THE LEFT. Donald Trump Nominates Scott Pruitt To Head the EPA.

Donald Trump has nominated Oklahoma Attorney General Scott Pruitt to head the the EPA. This could very well be the biggest F*** Y** in the history of cabinet appointments. Let me go to Think Progress so you can appreciate the true flavor of what this means:

Oklahoma, under Pruitt, is one of the states that has sued to block the Clean Power Plan, an ambitious EPA regulation that seeks to curb emissions from power plants. Along with other Republican attorneys general, Pruitt attended private, high-dollar meetings with coal companies prior to joining the lawsuit.

“Every American should be appalled that President-elect Trump just picked someone who has made a career of being a vocal defender for polluters to head our Environmental Protection Agency,” Earthjustice President Trip Van Noppen said in an emailed statement. “He has fought Environmental Protection Agency pollution limits on toxic substances like soot and mercury that put us all at risk for increased cancer, childhood asthma and other health problems. He falsely claims that fracking doesn’t contaminate drinking water supplies.”

Though the EPA’s role is largely codified in law, much of this law is vague. Many of the EPA’s most powerful rules, such as the Clean Power Plan, were developed at the agency’s discretion, in an attempt to find the best way to limit carbon emissions, which it is required to do. These rules could be undone, reconsidered, or rolled back significantly by new leadership. Moreover, though many of these efforts to limit environmental regulation would likely be challenged in court, the Supreme Court will soon be controlled by Republicans once again, and thus is likely to go along with a deregulatory agenda.

Pruitt’s nomination is subject to Senate confirmation, which environmental groups urged against.

“Scott Pruitt running the EPA is like the fox guarding the henhouse,” League of Conservation Voters President Gene Karpinski said in a statement. “The League of Conservation Voters strongly opposes this nomination and urges senators to vote against Scott Pruitt’s confirmation. All people in this country have a right to breathe clean air, drink clean water, and enjoy the economic and health benefits of the clean energy revolution, and it’s vitally important that we have an EPA administrator who respects those rights.

And more from Politico

Pruitt has also been a leading critic and challenger of the Obama administration’s controversial Waters of the U.S. rule, also known the Clean Water Rule, which has drawn fierce attack from energy, agricultural and development interests. Trump has cited that regulation, which increases the number of streams and wetlands protected under the Clean Water Act, as one of his top targets when he takes office.

Pruitt will now be charged with deciding how to follow through on gutting the regulation. He could let ongoing court challenges play out and hope the rule dies there, or ask the court to let the agency take the rule back — a move that could then put the Oklahoman in the driver’s seat for a new rulemaking aimed at resolving the longstanding uncertainty about the reach of the Clean Water Act.

He has also been a foe of other Obama programs, including Obamacare implementation, the White House’s transgender bathroom guidance and Interior Department protections for the lesser prairie chicken.

And ZOMG he hates the ethanol mandate.

This one appointment alone is a game changer.

In the meantime, I’m going to have a second cigarette and just stare at the ceiling.

Me and My Trusty, Ever-Present Bottle of Water 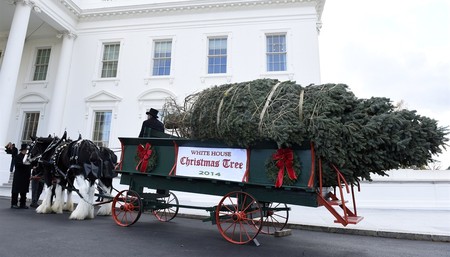 What Al Sharpton and Ben Crump Did When Ahmaud Arbery's Father Said 'All Lives Matter' Tells You Everything
Townhall
Anthony Huber's father tells Joy Reid his son 'wouldn't hurt anybody' and he 'loved to skateboard'; drops his support of Trump
Twitchy
Christmas May Come Early—Reform California Files Ethics Charges Against California's Lorena Gonzalez-Fletcher
Redstate
The Beatles ‘Get Back’ in Peter Jackson’s New Three-Part Documentary
PJ Media