How did it happen? How did a violent Islamic regime, a regime that is sort of like Saudi Arabia but with inferior grooming and hygiene, come to hold sway over large portions of Iraq and Syria? Over the weekend,  Russian Prime Minister Dmitry Medvedev provided an interesting insight. During a visit to Kuala Lumpur, Medvedev laid blame for ISIS, and one must say for the attending chaos, squarely upon the narrow, unmanly shoulders of Barack Obama:

“The strengthening of the Islamic State became possible partially due to irresponsible policies of the United States. Instead of concentrating joint efforts on fighting terrorism, the United States and its allies decided to fight against the lawfully elected president of Syria Bashar Assad,” Medvedev told journalists.

That is a huge claim. And it is made by a Russian. But we are beyond the political state where we can laugh at a statement made by Russians because over the past five or so years we’ve seen much more truth about the actions of the Obama administration coming from Russia than coming from the White House. At the least, the Russians haven’t lied to the American people about the nature of the Iran nuclear deal nor have the Russians told us that the Benghazi attack was caused by an internet video.

Let’s take a moment and evaluate Medvedev’s claim. How did ISIS get here.

Bear with me for a moment. I am about to use a significant number of quotes from Vox.com. They will be from an article by Zack Beauchamp. Some of you may recognize the name. Beauchamp is the low-IQ, note-taking dunderkind who discovered there was a bridge between the West Bank and Gaza. I am not making that up. The reason I’m using Vox.com is that the left relies heavily upon Vox.com for the small daily intake of conventional wisdom and no one wishes to confuse them over an important issue by using unfamiliar sources.

By 2009, almost all of AQI’s fighters were dead or in prison, and the group was a shadow of itself. But it had learned a valuable lesson: Dissent from Sunnis under its rule could be disastrous. That’s why, years later, ISIS has slaughtered members of Sunni tribes, such as Iraq’s Abu Nimr, en masse. It sees brutality as the best way to prevent a replay of the 2006 uprising that led to its downfall.

Take note of the years mentioned. There will be a test later on.

By 2010, “Iraq finally had relatively good security, a generous state budget, and positive relations among the country’s various ethnic and religious communities,” Zaid al-Ali, author of The Struggle for Iraq’s Future, wrote in Foreign Policy. But it was squandered. Prime Minister Nouri al-Maliki stripped political opponents of power, appointed his cronies to run the army, and killed peaceful protestors.

What else was going on in 2010? During 2010, Obama was in the midst of his promised troop draw-down in Iraq. He was deliberately sabotaging his own SOFA negotiations to use the failure of those negotiations as a reason for complete US withdrawal. This is significant. The Obama administration came into office with no foreign policy objective larger than doing the opposite of whatever George Bush had done. Without considering the consequences, the gains during The Surge were abandoned and, what is more important, the Sunni tribes who had supported us during The Surge were abandoned by the United States an caught between a hostile regime in Baghdad and resurgent terrorists.

The Arab Spring provided a nice proving ground for the I’m-not-George-Bush foreign policy of the administration. We turned over one ally (Egypt) to the Islamists. We overthrew a harmless (outside of Libya) dictator and gave that country to Islamists. Next on the list was Syria. Syria has been plagued with revolts throughout its existence. The Arab Spring set off initially peaceful protests in January. We didn’t take much notice. As late as March 2011, Hillary Clinton was calling Assad a reformer. By July, an armed insurgency (we won’t even try to understand what it was) had begun.

“It was very much a strategic decision that the regime made, to militarize the conflict right away,” Glenn Robinson, an associate professor at the Naval Postgraduate School, told me in a phone conversation. “I think, in their mind and correctly, if this becomes a political battle where populations matter, the regime probably only has support of a third of the country … the opposition has the numbers.”

Perhaps the most devious part of this strategy was Assad’s deliberate effort to promote Islamic extremism among the opposition. In amnesties issued between March and October 2011, Assad released a significant number (exact counts are hard to know) of extremists from Syrian prisons. Hof called this an “effort to pollute the opposition with sectarianism”: Assad gambled that if his enemies were Islamic militants, then the West wouldn’t intervene against him.

Ever the rational actor, Assad assumed that the United States would prefer him to an Islamic regime. The Obama administration, didn’t even recognize what Assad was doing because they were fixated on showing the world that they could throw out dictators really, really cheap that they didn’t even stop to consider what regime would regime would follow him. As bizarre as it sounds, they didn’t consider this in either Egypt or Libya. The Turks saw ISIS as a way to prosecute their own “war on terror” against the Kurds. The Iranians saw the chance to expand their influence with Assad and Lebanese Hezbollah. All of these actors saw ISIS as a stalking horse to allow them to accomplish other objectives.

By August, Obama was calling on him to step down. By early 2012, the Obama administration was sending up trial balloons about using military force in Syria and we were running arms to “Syrian rebels” from Libya.

Assad does not see ISIS as his primary problem, the businessman says. “The regime fears the Free Syrian Army and the Nusra Front, not ISIS. They [the FSA and Nusra] state their goal is to remove the President. But ISIS doesn’t say that. They have never directly threatened Damascus.” As the businessman notes, the strikes on ISIS targets are minimal. “If the regime were serious about getting rid of ISIS, they would have bombed Raqqa by now. Instead they bomb other cities, where the FSA is strong.” That said, the businessman does not believe that the regime has a formal relationship with ISIS, just a pragmatic one. “The more powerful ISIS grows, the more they are useful for the regime. They make America nervous, and the Americans in turn see the regime as a kind of bulwark against ISIS.”

A senior Western diplomat who specializes in the Syrian civil war agrees that ISIS is seen as an asset by Assad. “They will do whatever it takes to devalue the opposition, even if it means strengthening ISIS. They know that if it comes to choosing between the black flag [of ISIS] and Damascus, the international community will choose Damascus.” And the strategy has worked extremely well. “The way it’s going now, it’s a matter of months, not even a year, that the moderate opposition is so weakened that it won’t be a factor anymore. So in just a few months from now the regime will be able to achieve its strategic goal of forcing the world to choose between Damascus and the black flags.”

Hubris and the Obama Administration

It its fitting, I guess, that this disaster of Biblical proportions can be laid squarely at Barack Obama’s feet. Every source traces the rise of ISIS to Obama’s decisions in Iraq. It is created and spreads under the nose of Hillary Clinton and Barack Obama. It is their actions that directly cause its creation and spread. Those decisions were petualant reactions by a very immature president and national security team. Ironically, the divergent needs of the major players in the region have all conspired to keep ISIS in operation and the US might well be the only actor that wants ISIS eliminated and it lacks the will to do so.

PS… does anyone else think this image looks vaguely sexual? 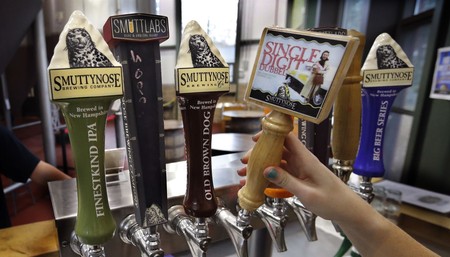