Back in June 2012, the Senate held confirmation hearings for Brett McGurk to be ambassador to Iraq. To say that McGurk was a horrible choice is to not do justice to the man. I encourage you to read the full coverage to get a flavor of the massive flaws of the nominee.

He traded US secrets with a reporter (thankfully, I suppose, female) with whom he was carrying on an adulterous affair. His email with Wall Street Journal reporter Gina Chon are available for your amusement, see sample below.

He cheated on his mistress to get oral sex on the embassy roof. The act was recorded for posterity by security cameras and, allegedly, became a cult classic in the US embassy.

Eventually, he withdrew his nomination but was appointed as Deputy Assistant Secretary of State for Iraq and Iran. This position does not require Senate confirmation. While at State, McGurk was investigated for, wait for it, sexual misconduct. Cheryl Mills got involved and nothing came of it.

He was later appointed to also hold the position of Deputy Special Presidential Envoy for the Global Coalition to Counter ISIL. This was the number two position in the ad hoc office Obama set up to lose the fight against ISIS. It, as you know, has been a barn-burner of a success. With the resignation of retired USMC General John Allen, McGurk is expected to take on additional authority in that office. In State, it would seem, nothing really succeeds like being a lecherous f***-up.

Now the Free Beacon is reporting that not only was McGurk protected by State, it also let him use the permanent title “Ambassador” even though he’s not entitled to it.

The Obama administration official most likely in line to become the next U.S. envoy to the Coalition to Counter the Islamic State (IS, also known as ISIS or ISIL) has falsely presented himself as an official U.S. ambassador by the administration for the last five months, according to documents reviewed by the Washington Free Beacon.

He was given a temporary status as ambassador, which is only good for six months, but that wasn’t quite good enough.

McGurk’s temporary ambassadorship, which cannot be extended under U.S. law, ended in April of this year. Yet McGurk has continued to use the honorific when defending the administration’s Syria policy on television and print media.

State Department officials also have referred to him as “Ambassador McGurk” in press briefings well after the term of this title expired, the Free Beacon found.

Following multiple inquiries from the Free Beacon on Tuesday the State Department altered the website to remove the honorific.

Well, they didn’t get all of the references:

In the end, there is nothing anyone can really do about this until a non-Hillary Clinton administration is sworn in.

McGurk has shown himself to be totally without judgment or common sense. He played fast and loose with classified information in order to bed a reporter. He apparently thinks of female staff as sort of a mint left on his hotel pillow. The utter dog’s breakfast that is our diplomacy in Iraq and Iran is a testimony to his professional incompetence. The fact that he lies about his professional rank tells you much about his character. But he’s a favorite of the right people in the Obama regime and so his career continues to prosper and he moves on. 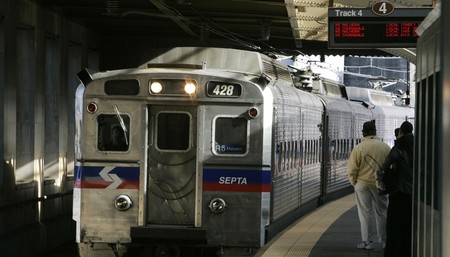