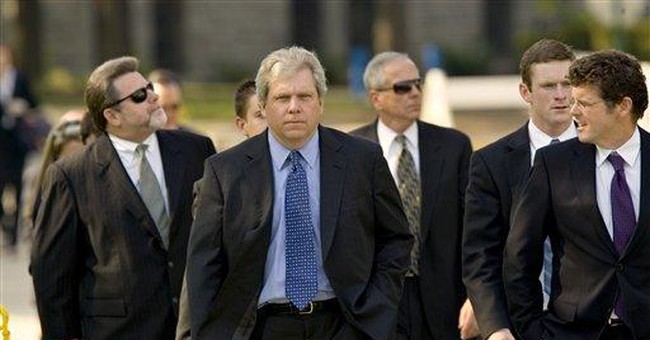 A couple of days ago my RedState colleague Streiff wrote about how MSNBC legal analyst Glenn Kirschner bizarrely claimed that President Trump could be charged with murder over his handling of the Wuhan coronavirus crisis.

Kirschner stated in a multi-tweet thread that “homicide liability by his negligent/grossly negligent (and/or possibly intentional) mishandling of the Coronavirus crisis in the US is a more nuanced and thorny issue and deserves careful consideration. But the homicide liability issue MUST be addressed because ….ALL criminal charges will have to be investigated and, if the evidence dictates it, prosecuted come Jan. 2021.”

Because we are living in some crazy times right now, some people actually believed Kirschner was on to something. As of this writing, the first tweet in the thread has gotten close to 7,000 retweets. But one of the replies to it was rather illuminating, to say the last.

posted last night on the idea that Fox News may face serious liability.

The massive backtracking at Fox, Hannity, Ingraham, Jesse Waters is the right thing to do –it will save lives. But I'd bet it was driven by Fox legal who anticipated massive legal liability if they continued to peddle false information. The result is right, the reason corrupt https://t.co/vUOUb7lTkP

When this is all over and we properly examine what was done right and what was done wrong I hope we can have an honest national conversation on the toxic effect of Fox News. They are a critical instrument of Trump and his approach to the crisis.

I can’t speak to what Fox News has been reporting on their channel on either the news or opinion side because I don’t watch any cable news networks anymore outside of when election results are coming in or when reviewing clips for articles. But the fact that Lockhart seems to think that the network should face legal liabilities over their coverage because it didn’t fit his partisan political narratives is rather chilling, I think, and sounds like something that would come straight out of the Media Matters handbook.

Hoping and praying Fox News will lose advertisers and be taken off the air, as Media Matters does (and works towards) – or wishing they’d be choked off the air because they’d have to spend millions in legal battles for coverage “liabilities”, which is what Joe is doing here, tells us much about the motivations of some of these people, and none of it good.