On Sunday afternoon, police in Brooklyn Center, Minnesota, a suburb of metropolitan Minneapolis, shot and killed 20-year-old Daunte Wright after conducting a traffic stop which was reportedly made because he had items hanging from his vehicle’s rear-view mirror.

The Brooklyn Center Police Department issued a statement later in the day reporting that while Duante was stopped, it was determined that he had an outstanding arrest warrant.  As officers attempted to place Duante under arrest, he was able to re-enter his vehicle and drive away.  One officer fired his service weapon at the vehicle as it departed, striking Duante.  He lost control of the vehicle some distance away, and he died at that location. 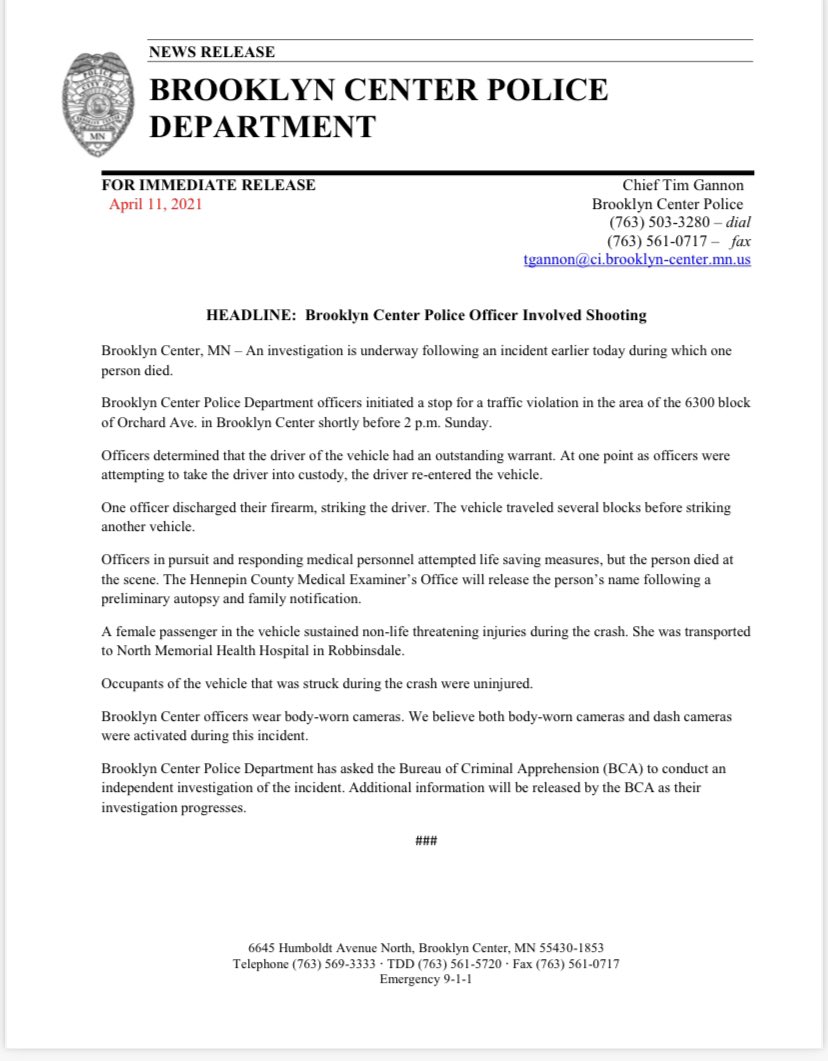 Protesters gathered in the area of the shooting while the investigation was still underway.  At one point, Police abandoned two police vehicles that were parked in the area where the crowd had gathered, and serious damage was done to the vehicles.

Family members say 20-year-old Daunte Wright was killed by a police officer in Brooklyn Center this afternoon after being pulled over for displaying an air freshener from his rearview mirror in his mother’s car. @MPRnews pic.twitter.com/mPq8tnmjaZ

Democrats tell you this is acceptable

While also lecturing you about the dangers of microagreesions pic.twitter.com/WT6hHapgua

But as darkness fell, BLM flags became prevalent, crowds grew larger and more agitated, and by nightfall, numerous businesses in the community were being vandalized and looted.

One member of Daunte Wright’s family called for violence.

People are acting on her post right now, looting & destroying the city

How is this allowed on social media? Need better moderators pic.twitter.com/J2rDvCZfB2

Multiple storefronts looted and smashed at Brooklyn Center Shingle Creek Crossing near Walmart – tons of people driving around in their vehicles around the parking lot. All stores closed. pic.twitter.com/3fSj7lSQIl

Smash windows of a business to steal Nike shoes in solidarity with the the movement to end police brutality against young black men pic.twitter.com/Lo60yp7mHC

This is one of many wal-marts destroyed by far left extremist groups such as BLM over the last year pic.twitter.com/TuzhzEghNq

Large group of looters has now resumed back at O'Reilly's auto store.

A female looters says, "I need this! I need this!" #BrooklynCenter pic.twitter.com/yYbVfKnVmy

Crowds also gathered at the Brooklyn Center Police Department headquarters.  At one point, the building went dark, but that may have simply been a tactical decision to allow a large number of officers to come out of the building under the cover of darkness.  Before long, the officers began taking aggressive measures to disperse the crowd in order to mitigate the threat.

Police have set off flash bangs and chemical munitions to clear the crowd out of Brooklyn Center police department parking lot. @MPRnews pic.twitter.com/Xsu5CiyuHg

BREAKING: Flash bangs and tear gas have been deployed in Minneapolis pic.twitter.com/xOtZ3bS5fs

Heavy round of tear gas and stun grenades cleared the intersection, it’s quickly filling back up @MPRnews pic.twitter.com/dvclFC5vzV

Minnesota Governor Tim Walz did not repeat his mistake from last year when George Floyd died — when the National Guard was not called out and the Minneapolis Police Department stood down and allowed the rioters and looters to have their way.  Sunday night, Walz decided to deploy units from the Minnesota National Guard to assist the local police in restoring order.

At 9:00 am on Monday morning, former Minneapolis PD Officer Derek Chauvin’s trial resumes just a few miles away.  I’m sure the jurors will be able to set the events of Sunday night aside. 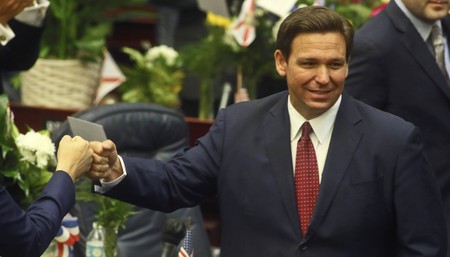