A made-for-Showtime movie titled “The Comey Rule”, based on Jim Comey’s post-canning book “A Higher Loyalty” is set for broadcast on over two nights, September 27-28, 2020.  At this point, the first Presidential Debate is scheduled for September 29, 2020.

Here is the official trailer now available on YouTube.

I’ve only watched it once, and the IMMEDIATE vibe I got from it was Oliver Stone’s “JFK”.   That was Oliver Stone’s personal view of events leading up to the assassination of JFK, largely not in accord with the historical record.  But that is a debate for a different day.

I have a suspicion we are going to suffer through the same kind of experience with “The Comey Rule” — which will provide a version of events that have already been lapped by actual facts undermining Comey’s descriptions in his book.  There will be scenes that attempt to cast Comey as the upstanding paragon of ethical commitment, but we now know that some topics covered in his book involve versions of events that are incomplete and/or inaccurate.

Jeff Daniels portrays Comey in the film — I’m curious to see if he draws more on his portrayals of Harry Dunne from “Dumb and Dumber” or John O’Neill from “The Looming Tower” in his portrayal of Jim Comey’s persona.

But the makers of the movie cast as life-long New Yorker Donald Trump a native Irishman, and life-long resident of Great Britain Brendan Gleeson.   Yes, Brendon Gleeson of the wildly unruly red hair and rotund 300+ lb physique.  This guy: 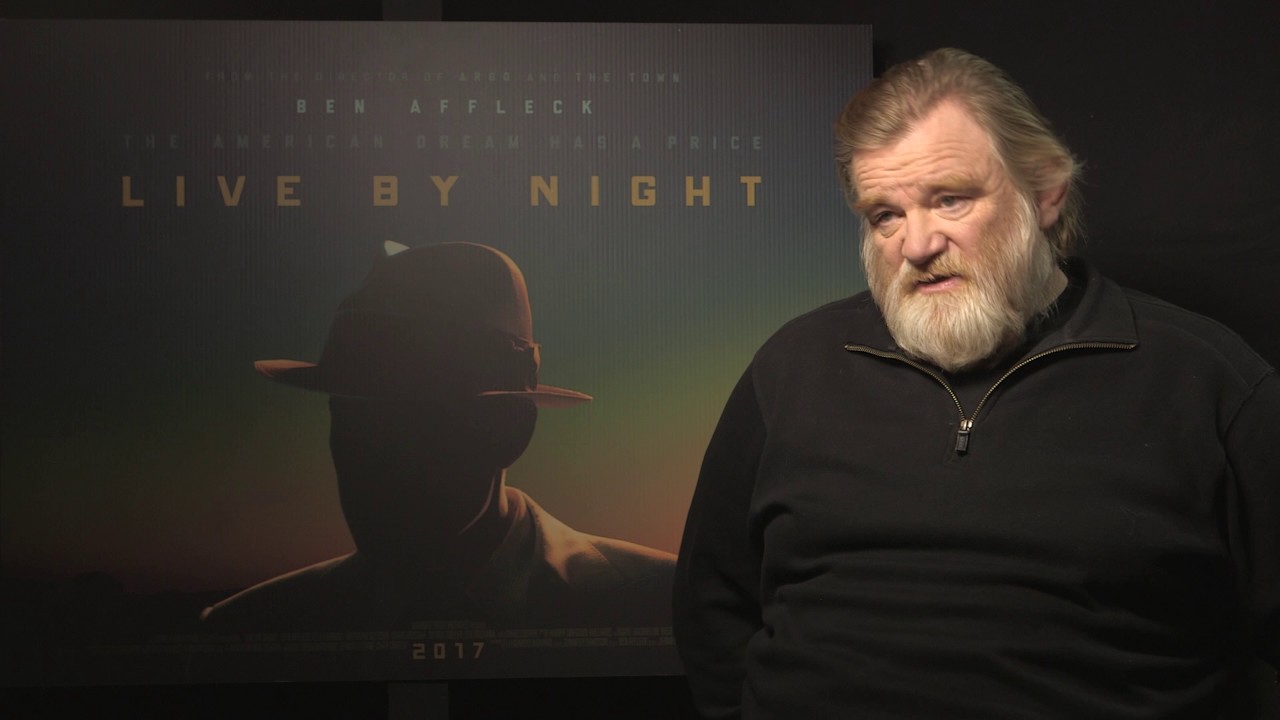 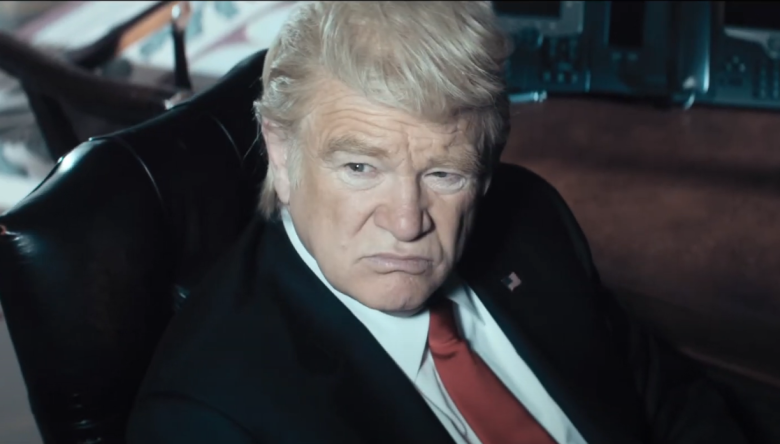 The trailer exposes a basic and critical mistake the director and Gleeson have made.  They decided to have Gleeson attempt to “impersonate” Pres. Trump and all they seem to have accomplished is to create a cartoonish caricature of him.  He’s one of the most widely covered individuals in media over the past 40 years — long before he became President.  The caricature is going to immediately ring “false” because it looks so stupid in execution based on what you see in the trailer.  That “false light” portrayal is then going to bleed over into the content of the movie — which has enough problems of its own already.

Remember that Comey’s book and media tour to promote it got wildly mixed reviews — mostly because even people who wanted to cheer him could not look past his moralistic preening and “Holier Law Officer Than Thou” preaching.  Remember, he was at John Ashcroft’s bedside with Robert Mueller and faced down that dastardly villain Alberto Gonzalez don’t ya know?

Of note, back in June the director, Billy Ray, sent a note of “apology” to the cast as it looked at the time like COVID-19 delays would prevent the movie from being broadcast prior to the election.  The “apology” stated as a fact that many/most of the actors in the film had signed-on for the purpose of impacting the election.  I’m pretty confident those motives are going to transfer over to the screen as well.

Deadline got a copy of the letter Ray sent:

This is a really hard letter to write…

By now, you’ve no doubt heard that our airdate on Showtime will be late November, several weeks after the election.

I know what a disappointment this is to you. It is for me too – because while I’ve made movies about my country before, this was the first time I ever made a movie for my country.  We all were hoping to get this story in front of the American people months before the coming election. And that was a reasonable expectation considering that we’d been given a mandate by the network to do whatever was necessary to deliver by May 15.

But at some point in March or April, that mandate changed. Word started drifting back to me that a decision about our airdate had been made at the very highest levels of Viacom: all talk of our airing before the election was suddenly a “non-starter.” I and my fellow producers asked for a chance to plead our case on the matter, but we were told that even the discussion itself was a “non-starter.” (So was the idea of our getting the movie back from the network so as to seek another partner to air it.)

Why? I don’t know. The health of a media company depends on attracting audiences – and our movie, aired in August of an election year, would have been very big news. Can you imagine the billboards? Comey Vs. Trump! A cast loaded with Emmy winners!

Yet here we are.

I am deeply sorry that I didn’t win this one. You trusted me with your time and your talent, and you deserved better than this. Your performances were spectacular. Please know that I won’t give up; and that regardless of airdate I am thrilled at the prospect of showing the world your wonderful work.

As set forth in the link, the “Apology” story was later updated to say that Showtime had decided to put the movie in a late September broadcast slot, thereby alleviating the fears of the cast that their “work” would be for naught.

Billy Ray is a serious screenwriter and sometimes director.  He most recently wrote the screenplay for “Richard Jewel”, directed by Clint Eastwood, about the 1996 Olympic Park bombing incident.  He was also the screenwriter for the first “Hunger Games” film, and the true story depicted in “Captain Phillips.”  His first directorial credit was the small, but critically acclaimed movie “Shattered Glass” about New Republic writer Stephen Glass who was discovered to have fabricated several stories for that publication.  He also wrote the screenplay for the exception “Breach” about FBI traitor/spy Robert Hansen.

So Ray is a veteran of writing and directing high-quality films about historical events.  But if his movie sticks to the events in the book he’s going to have it savaged within 24 hours of broadcast because episodes covered by the book are now much more widely understood than when Comey enjoyed the first pass at “history” to record them — and Comey’s version has not held up well.

For example, will the movie cover the fact that Rod Rosenstein recommended that Pres. Trump fire Comey for misconduct based on things done by Comey which were unrelated to the Russian investigation — or will it just “cherry-pick” the Lester Holt interview?

Or what about the now infamous January 5 Oval Office meeting with Obama, Biden, Susan Rice, and Sally Yates.  I wonder if that makes it into the movie.  Anyone want to take bets?

Further, will the movie reflect Robert Mueller as he appeared to be in his Congressional testimony about the Mueller Report — or some earlier version of Robert Mueller when he was much more vigorous and engaged in operational matters as FBI Director?

Most importantly, the Inspector General’s Report on the Four FISAs, a sweeping indictment of the FBI’s pursuit of Crossfire Hurricane during the time Comey was FBI Director and leading the investigation, was published on December 9, 2019.  This story in Deadline Hollywood announcing some of the casting for the movie says filming will begin in November 2019.  How much — if any — of the script was altered to reflect the findings of the IG which contradict Comey’s accounts of events in his book?  I’m guessing none, which means it’s going to get the “JFK” treatment as soon as it airs.

Why do I suspect that means he wanted to make a movie that reflects a negative portrayal of Donald Trump as President?

I guess Oliver Stone has gotten too old, or was just too slow with his checkbook.