I want to give a “hat tip” to a person who inhabits the comments at Patterico.com under the moniker “Sammy Finkleman”.  That may or may not be his true name, but he comments there frequently on legal matters, and often provides a significantly different view on the issues discussed.

Two days ago he posted a comment (No. 32) in which he included an excerpt from the transcript of the first sentencing hearing in the Flynn case before Judge Emmet Sullivan, which took place on Dec. 18, 2018.  Sammy Finkleman’s comment set off alarm bells in my head based on my experiences in having taken maybe 1000 guilty pleas in my time as a federal prosecutor.

The Dec. 18 hearing was where Judge Sullivan made the infamous “suggestion” — via asking the prosecutor if the issue had been examined — that maybe Gen. Flynn might have committed treason.  Later Judge Sullivan backtracked and offered a non-apology apology for his comments, and attempted to defend his motives for asking that loaded question.  Yet even later in the hearing Judge Sullivan conceded that he didn’t even know what the elements of an offense charging treason might be.  He made comments that clearly suggested he had a “jaundiced eye” with regard to the plea agreement and sentencing recommendation regarding Gen. Flynn because he disagreed with the disposition of the criminal case brought against Gen. Petreaus where he escaped with a misdemeanor conviction for unauthorized distribution of classified information.   But hey, what’s the big deal over a bit of spiff-balling from the bench about “treason” even if you do happen to defame a retired 3 Star General with 33 years of uniformed service to his country?

So, I’m not of a mind to treat Judge Sullivan with any “deferential respect.”

Judge Sullivan screwed up the factual basis of the guilty plea entered by Gen. Flynn, and the procedure he employed was unsound and violated Rule 11 of the Federal Rules of Criminal Procedure.  I think DOJ knows this to be the case, but given Judge Sullivan’s unpredictability they have opted to not “call him out” on it at this point.  Instead, I suspect there is a hope that he may recognize his error — it’s right there in the transcript — and will instead grant the DOJ motion which solves his problem without him having to confront — or be confronted on — his own astonishing error.

Below are passages from the hearing transcript.  I note the page number for each passage that instructs my conclusion.

In this passage, Judge Sullivan admits that he believes a further “colloquy” is necessary with regard to Gen. Flynn’s decision to enter a guilty plea.  That means that as of this point in the transcript, he still has not found that all the necessary subjects have been addressed to his satisfaction, and he’s not yet prepared to accept Gen. Flynn’s guilty plea.

Federal Rule of Criminal Procedure Rule 11(b)(3) states:  Determining the Factual Basis for a Plea. Before entering judgment on a guilty plea, the court must determine that there is a factual basis for the plea.  That means the Court must determine there are facts which satisfy each element of the charged offense before the Court can “enter judgment” against a defendant based on a guilty plea.

P. 7
THE COURT: As such, the Court concludes that it must now first ask Mr. Flynn certain questions to ensure that he entered his guilty plea knowingly, voluntarily, intelligently, and with fulsome and satisfactory advice of counsel. I cannot recall any incident in which the Court has ever accepted a plea of guilty from someone who maintained that he was not guilty, and I don’t intend to start today.

After addressing several matters raised by Gen. Flynn’s original attorneys in their Sentencing Statement — expressing some concern that the arguments made by the attorneys potentially impact the question of whether or not Gen. Flynn was really “accepting responsibility” for his conduct — in a very manner by which Judge Sullivan expressed a clear understanding that the press was going cover extensively what he said — Judge Sullivan walked back from his reservations on the “acceptance” issue (seeemingly to relief of prosecutor Van Grack), and stated as follows:

THE COURT: All right. I am satisfied that Mr. Flynn entered his guilty plea while competent and capable. He understood at that time the nature of the charges against him and the consequences of pleading guilty. Having carefully read all the materials provided to the Court in this case, including those materials reviewed under seal and in-camera, I conclude that there was and remains to be a factual basis for Mr. Flynn’s plea of guilty.

The problem is that while he said that, he never actually did that — which he happened to admit later in the hearing.

Remember, “materiality” is a a factual element of the offense of making a false statement to a federal agent.   It is subject to proof at trial — meaning the prosecution must offer witness testimony or documents to prove  “materiality”, and a jury would have to conclude that the evidence established “materiality” beyond a reasonable doubt”, i.e., that the false statement had a natural tendency to influence or to be capable of influencing the decision of the decision-maker to which it was addressed.

Under Rule 11, before Judge Sullivan could “enter judgment” on Gen. Flynn, he needed to determine that there was a factual basis  — as to EACH element of the charged offense.

Here’s the part where he screwed up.

He didn’t do that — which he confirmed with his own comments, not once, but twice.

Judge Sullivan states in open court and on the record he still does not know how the false statements were material.  Without knowing that, he can’t determine if there actually is a factual basis for Gen. Flynn’s guilty plea because Judge Sullivan MUST KNOW that factual basis BEFORE he can adjudge Gen. Flynn to be guilty of the offense to which he is pleading guilty.

P. 50
THE COURT: Let me just throw this out. Let me just share this with you. What I could do, and maybe it’s not appropriate to do it now, and maybe it’s not appropriate to do it in March. At some point — it probably won’t surprise you that I had many, many, many more questions, and at some point what I may do is share those questions with counsel so you can give some thought, maybe do some additional research to be prepared for an eventual sentencing. I’m not sure if I want to do that. I was not going to spend another hour and share those questions with you in open court today, had you decided to postpone sentencing, but I may do that. I’m not sure. These are questions that you would be prepared to answer anyway, such as, you know, how the government’s investigation was impeded? What was the material impact of the criminality? Things like that.

So, when discussing what might take place at the next hearing, Judge Sullivan reaffirms that he still needs to hear from both sides why Gen. Flynn’s statements were “material.”

Judge Sullivan entered judgment on a guilty plea without first finding that a factual basis existed.  That violated the requirements of Rule 11, and makes the guilty plea unsound.

The DOJ motion says the issue of “materiality” cannot be factually established based on the investigative records in the case.

It is also clear that Judge Sullivan never made a finding on materiality that needs to be reversed.

The guilty plea was invalid as a matter of law independent of the DOJ motion. 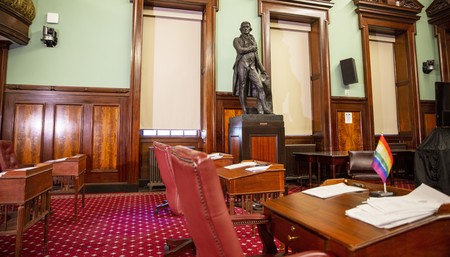 Here’s Why Democrats Are Losing Voters 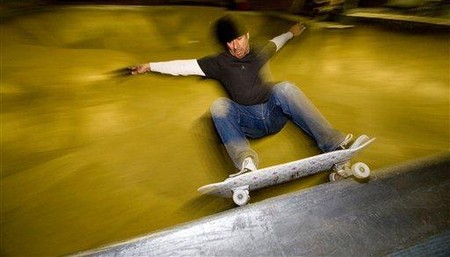