Meghan McCain Responds to Recent Derisive Comments About Her Father 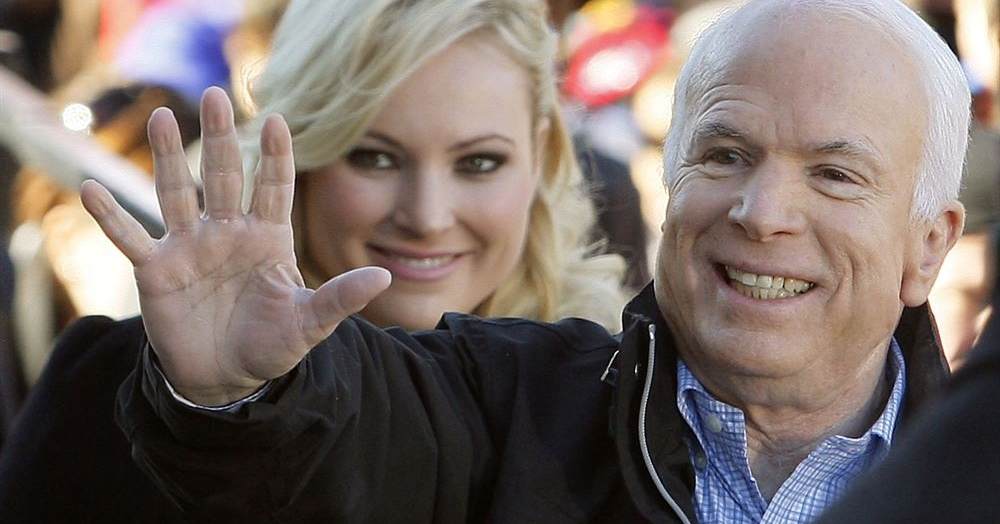 Yesterday was quite the day for taking hits at a sitting senator and wounded war veteran fighting brain cancer.

Between a guest on Fox Business repeating a malicious nickname from the 2008 primaries and a White House official dismissing McCain because “he’s dying anyway,” many wondered how McCain, and particularly his family, were feeling about it all.

What @MeghanMcCain and @cindymccain have had to put up with in terms of attacks while their father/husband is battling brain cancer is absolutely disgusting. I'm glad that most people agree with me and I'm sad that there are too many who don't.

And now we know as the senator’s daughter, Meghan, addressed both instances on Friday’s The View.

McCain first addressed Thomas McInerney’s use of “Songbird McCain” during a guest appearance on Fox Business saying in part,

“My father’s legacy is going to be talked about for hundreds and hundreds of years. These people? Nothing burgers.”

Meghan McCain responds to White House staffer who joked about her father's brain cancer: "It is not how you die. It is how you live." https://t.co/yyJsrnG2Ed pic.twitter.com/yZTukKao5I

NEW: @MeghanMcCain responds to comments mocking her father John McCain: "My father's legacy is going to be talked about for hundreds and hundreds of years. These people? Nothing burgers." https://t.co/sHQ2Yz1dZo pic.twitter.com/e6utAHHzjj

I don’t necessarily think Sadler should lose her job over her insensitive comment. However, Sadler’s boss has set the clear example that Sen. John McCain’s life, experiences, and unique point of view do not merit respect in his eyes and that’s why it was an acceptable comment in this White House. And that is shameful.