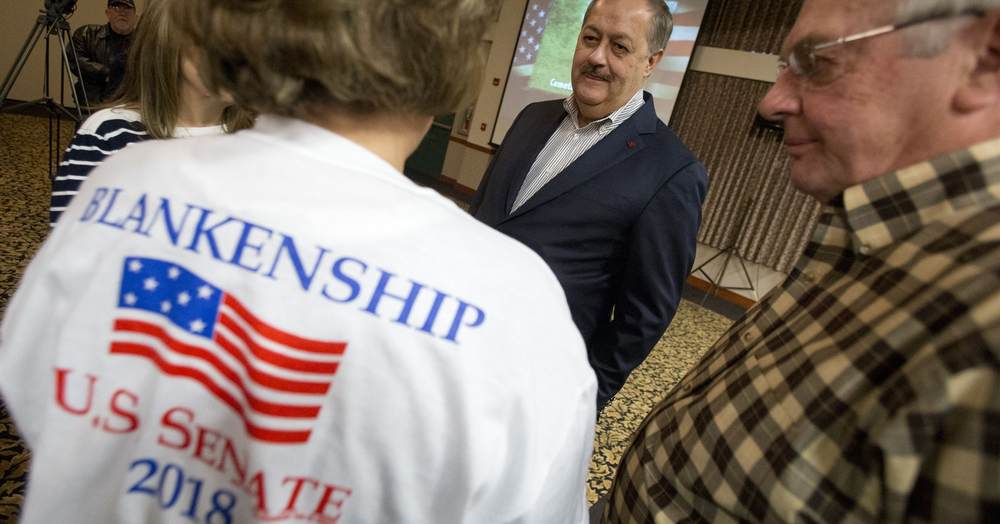 The GOP has another live one in a red state, this time in West Virginia.

Last week, Don Blankenship made waves through confusion and laughter as his latest campaign ad for West Virginia’s Senate primary race in which he repeatedly referred to “China people” and called the Republican U.S. Senate Majority Leader “Cocaine Mitch” McConnell.

Whether or not the outrageous ad was meant to be such, it’s apparently worked.  Blankenship has reportedly pulled farther ahead of his fellow GOP candidates in the race

Now, Blankenship has reportedly gained a lead in internal polling from his fellow GOP candidates in the race, Congressman Evan Jenkins and Attorney General Patrick Morrissey.

Blankenship polled at 31 percent in the poll conducted Saturday and Sunday, with Jenkins at 28 percent and Morrissey at 27 percent.

Blankenship’s ad isn’t the only issue the GOP will have to mitigate in a general election should he win the primary. Blankenship spent time in prison after an accident at one of his coal mines killed 29 workers.

One Senate campaign official attributes Blankenship’s numbers to Jenkins and Morrissey going after each other.

What explains the Blankenship surge? “The debate [Monday on Fox News] helped him because Morrissey and Jenkins did what’s kind of playing out on TV–they’re slicing each other up,” says the campaign official. “Don got to be a one-liner folksy guy.” Second, Blankenship has taken up all the news coverage in the race by labeling Senate majority leader Mitch McConnell as “cocaine Mitch” and launching racist attacks against McConnell for creating jobs for “China people.” (McConnell’s wife, an American citizen, was born in Taiwan.)

While primary polling is tricky and often incorrect, it’s still done for a reason. To date, allies of “cocaine Mitch” have spent about $1.3 million to knock Blankenship out of the race.

If Blankenship does come out on top in the primary tomorrow, despite Pres. Trump tweeting people shouldn’t vote for him, get out the popcorn for the general election campaign.