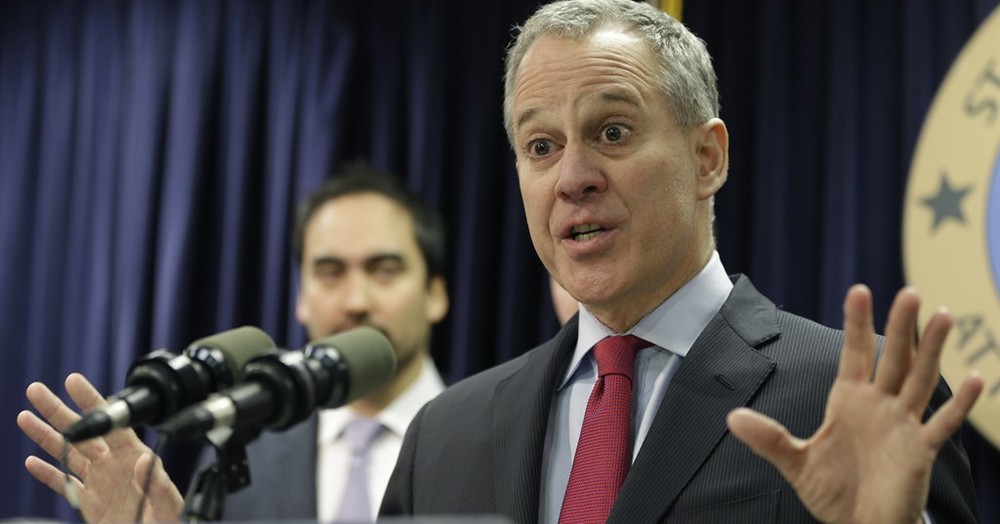 In a report in The New Yorker on Monday, Michelle Manning Barish and Tanya Selvaratnam spoke on the record about how Schneiderman abused them during their respective relationships with him. Two other unnamed women also claim Schneiderman was physically violent with them.

They allege that he repeatedly hit them, often after drinking, frequently in bed and never with their consent. Manning Barish and Selvaratnam categorize the abuse he inflicted on them as “assault.” They did not report their allegations to the police at the time, but both say that they eventually sought medical attention after having been slapped hard across the ear and face, and also choked. Selvaratnam says that Schneiderman warned her he could have her followed and her phones tapped, and both say that he threatened to kill them if they broke up with him.

Another former romantic partner of the attorney general told the two women he had “repeatedly subjected her to nonconsensual physical violence, but she told them that she is too frightened of him to come forward.”

The fourth woman, who is described as “an attorney who has held prominent positions in the New York legal community” says Schneiderman slapped her hard enough to leave a mark for several hours when she turned down his sexual advances.

Schneiderman denies the allegations of non-consensual violence, but apparently is not denying he engages in what he considers rough “play.” In a statement about the claims, Schneiderman said,

“In the privacy of intimate relationships, I have engaged in role-playing and other consensual sexual activity. I have not assaulted anyone. I have never engaged in nonconsensual sex, which is a line I would not cross.”

So, he’s been violent but if the women didn’t understand it was his little game, that’s on them…or something.

It will be telling to see if those who championed the “MeToo” movement and called for resignations of others caught in the fallout — *cough* Kirsten Gillibrand *cough* — will do the same in the case of the attorney general who wastes time and taxpayer dollars filing lawsuits for anything he hopes might stick against the president.