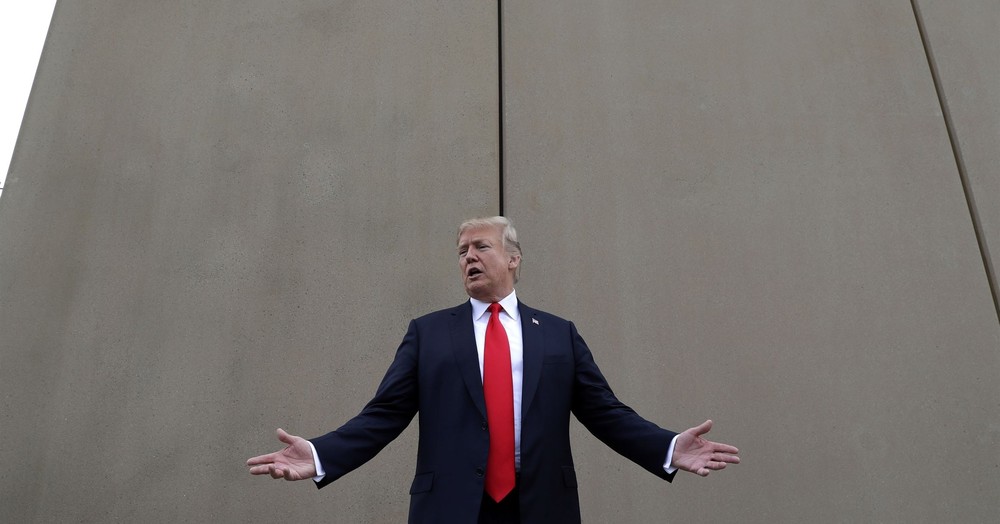 Ann Coulter came out swinging at the President in a New York Times interview last week. A man she once had so much faith in despite countless warnings he was a fraud she replaced the word “God” with “Trump” in her book In Trump We Trust.

Coulter explained to Times columnist Frank Bruni why she now refers to herself and others like her “former Trumpers” as those who are angry about the $1.3 trillion spending bill Trump signed last month not fully funding the “big, beautiful” wall he promised.

Bruni: The $1.3 trillion spending bill that he signed last week sent you over the edge.

Coulter: Yes. This is a different category you’re seeing now: Former Trumpers. That should be terrifying to the president. Maybe he’ll actually keep his promises. Unlike Marco Rubio. Unlike the rest of them. Unlike Mitch McConnell. We have been betrayed over and over and over with presidents promising to do something about immigration. If he played us for suckers, oh, you will not see rage like you have seen.

The idea that the hardcore Trump supporters falling away — those the President boasted would still support and defend him if he shot someone on Fifth Avenue in Manhattan — with the High Priestess Ann Coulter leading the way, clearly attracted the President’s attention as he took to Twitter on Sunday to rail about the Deferred Action for Childhood Arrivals (DACA) program and blaming Democrats and anyone not named Donald J. Trump, President of the United States of America.

Border Patrol Agents are not allowed to properly do their job at the Border because of ridiculous liberal (Democrat) laws like Catch & Release. Getting more dangerous. “Caravans” coming. Republicans must go to Nuclear Option to pass tough laws NOW. NO MORE DACA DEAL!

Mexico is doing very little, if not NOTHING, at stopping people from flowing into Mexico through their Southern Border, and then into the U.S. They laugh at our dumb immigration laws. They must stop the big drug and people flows, or I will stop their cash cow, NAFTA. NEED WALL!

These big flows of people are all trying to take advantage of DACA. They want in on the act!

Mexico has the absolute power not to let these large “Caravans” of people enter their country. They must stop them at their Northern Border, which they can do because their border laws work, not allow them to pass through into our country, which has no effective border laws…..

…Congress must immediately pass Border Legislation, use Nuclear Option if necessary, to stop the massive inflow of Drugs and People. Border Patrol Agents (and ICE) are GREAT, but the weak Dem laws don’t allow them to do their job. Act now Congress, our country is being stolen!

DACA is dead because the Democrats didn’t care or act, and now everyone wants to get onto the DACA bandwagon… No longer works. Must build Wall and secure our borders with proper Border legislation. Democrats want No Borders, hence drugs and crime!

Mexico is making a fortune on NAFTA…They have very strong border laws – ours are pathetic. With all of the money they make from the U.S., hopefully they will stop people from coming through their country and into ours, at least until Congress changes our immigration laws!

This bizarre political romance is really getting difficult to watch.