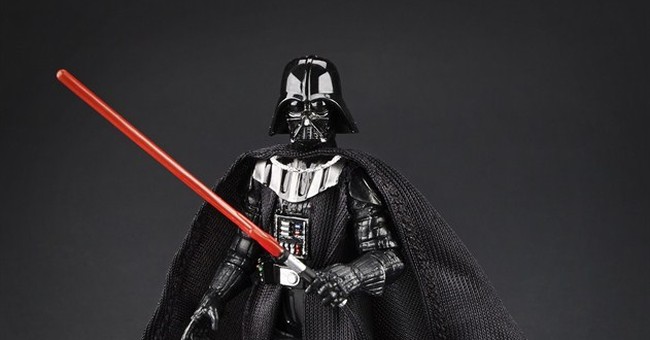 You did not read that headline incorrectly. Sen. Lindsey Graham (R – S.C.) is talking to Sith Lord, Darth Vader.

And you will not believe who 2017 Darth Vader is. Not James Earl Jones. Not whiny Hayden Christiansen, or pasty and decrepit Sebastian Shaw. Nope. 2017 health care policy Darth Vader, according to Lindsey Graham, is former White House adviser Steve Bannon.

“Me and Darth Vader are talking to each other now.”

Graham has been an outspoken detractor of Donald Trump’s in the Republican Party.

Graham’s name is attached to the latest and likely last-ditch attempt to repeal the Affordable Care Act during the 115th Congress. Bannon and Graham hardly see eye-to-eye on much of anything, but the former has been assisting the latter in garnering support and votes for his repeal bill.

“He said, ‘This is the best idea I’ve heard in years, maybe not coming from teh best guy I’ve known in years’…but he really has been very helpful in his world, of pointing out this is the best alternative to Obamacare that’s been put forward,” Graham said. “And so I’ve got Alan Greenspan, Jeb Bush and Steve Bannon. If you can do better than that, call me.”

Bannon has certainly been working all sides of the Congressional Republican conference since he was booted from the White House in August. Last week it was reported the conservative House Freedom Caucus was working with Bannon to oust Speaker Paul Ryan.

Bannon is getting around and working all angles. With his unofficial position at Breitbart dot com and sympathies lying with the alt-right, these new developments of his machinations behind the scenes are disturbing, to say the least.