BLM/Antifa March Through D.C. Calling to 'Burn It Down' If They Don't Get What They Want

Democrats finally paid attention to a riot on Jan. 6 after ignoring and/or justifying violent riots for months because they were being precipitated by radical leftists.

But the protests and riots they’ve variously ignored or embraced have continued on in various cities including in Washington, D.C.

There are thousands of National Guard in D.C. now allegedly to deal with amorphous “threats” that haven’t even been defined for the governors who sent them there. That’s part of the reason some of them have pulled their units.

But you didn’t see them Guard anywhere around when BLM and Antifa people marched through the city last night chanting to “burn it down” during one of their frequent FTP marches (FTP means F**k the Police).

The group scuffled with the police when the police stood in their way and prevented them from harassing diners as they often do in D.C. and elsewhere. They like to surround the restaurant or even go inside and demand people raise their fists in support or scream and shout at diners.

Here they are trying to blind the cops:

Protesters shine lights at the police as they pause the march outside a row of restaurants #DC #DCProtests #WashingtonDC pic.twitter.com/qhn5ZtZbKh

An officer swats away one of the flashlights, leading to brief clashes as police push forward into the crowd in front of outdoor diners here in DC #DC #DCProtests #WashingtonDC pic.twitter.com/UuA76fH5X4

DC Police are forming lines around the outdoor diners to separate them from the protesters marching past #DC #DCProtests #WashingtonDC pic.twitter.com/g4uIrc39P9

Chants of “If we don’t get it, burn it down” as the march continues in DC tonight #DC #DCProtests #WashingtonDC pic.twitter.com/YMxy90P4oj

“ACAB” chants as the group mobilizes once again in DC on this Saturday night #DC #DCProtests #WashingtonDC pic.twitter.com/CGaOPKtD0u

Here’s Antifa waving their flags. No, they’re not “antifascists,” they are fascists. For years people knew to call them what they were = anarchists and/or Communists. They fly a black flag for anarchy and a red one for Communism, but media like the folks over at CNN still want to try to justify what these folks are all about.

No, they’re not really about “black lives,” that’s just the thing they think gives them justification for the push further left. It’s never really about the “cause of the moment” whether that’s Occupy or black lives. But alway about that effort to move things further left.

Were any of these crazy people arrested by the police after trying to harass diners and fighting with the police? Of course not. Because this is just another night in D.C. and leftists have gotten a pass for virtually months as they’ve attacked people, even when they pushed and harassed a U.S. Senator, Sen. Rand Paul (R-KY) who seems an attractant for crazy leftists.

This "idea" certainly seems to cause a reaction. #antifa https://t.co/tc6jjFDF0i

When it comes to Antifa, ideas really do have consequences https://t.co/cPxLO7FJAL

Unfortunately true and the failure to address the riots has cost dozens of lives, hundreds of people including police injured and billions in damage, with the riots ongoing in places like Portland.

So where is CNN to justify these “antifascists” chanting to “burn it down?” Paging media… 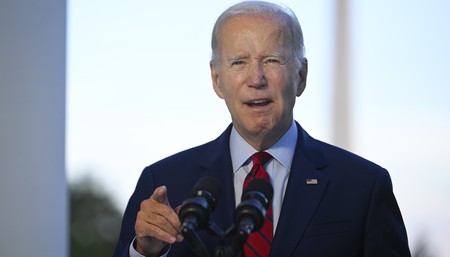