Van Jones is a CNN commentator and a former Obama administration official.

But that didn’t stop him from praising President Donald Trump on Friday.

During a statement on CNN where Jake Tapper was predictably attacking Trump, Jones pushed back against the attack with a little truth, something rarely seen on CNN.

CNN's Van Jones: President Trump “doesn't get enough credit” for the “good stuff he has done for the Black community” https://t.co/gG3DpiwoEh pic.twitter.com/PPOsPhr7cr

“I think it’s really unfortunate because Donald Trump, and I get beat up by liberals every time I say it but I keep saying it, he has done good stuff for the Black community,” Jones said. “Opportunity Zone stuff, Black college stuff, I worked with him on criminal stuff, I saw Donald Trump have African American people, formally incarcerated, in the White House, embraced them, treated them well. There is a side to Donald Trump that I think he does not get enough credit for.”

Jones also said, wrongly, that Trump had retweeted “white nationalists” which Trump has not done and whom Trump has repeatedly condemned. Jones said that confused some black Americans.

While those comments on CNN earned Jones immediate ire from those on the left, what Jones highlighted are some of the very concrete things Trump has done to earn the black vote as opposed to Joe Biden who has just flapped his gums.

Not only that, but the latest Rasmussen number indicates that a lot of black Americans are seeing the positives and approving of Trump.

Their daily black likely voter job approval hit 46%, seemingly shooting up nine points after the debate and rising astoundingly over the week.

Now there’s no doubt that the debate likely influenced some of that spike with Trump doing well and Biden not, with Biden’s age and lack of real plans. Another way to read it may be not that suddenly people magically were approving of Trump. More that they had already been feeling that way but that more people making it ‘acceptable’ to say so and admit it to a pollster.

Black Americans can see the economic positives, the actual things done and compare to how things were under Obama/Biden. They can see how they are better off now than they were four years ago, as 56% of Americans responded to a recent poll.

This is consistent with the Rasmussen general approval number of Trump which reached 52% this week as we previously reported. I reported how that’s the holy grail of reelection numbers, that when incumbents are over 50%, they win.

Now, bottom line, even if the black likely voter approval at 46% were an outlier, if it’s close to even half that, Joe Biden is in deep trouble and Trump is going to win.

The Lie-Able Sources Podcast: No Changes at CNN, Setting up a Predators News Network, and Reporters Are Proven to Be out of Their Minds 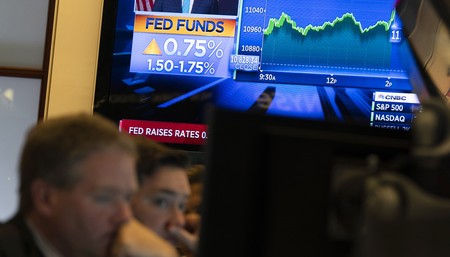