Mayor Bill de Blasio has to win the award as the worst mayor in the country, although Mayor Jenny Durkan in Seattle is giving him a run at the title.

After de Blasio endorsed massive protests, even marching/participating in some, he still had not opened parks in Jewish neighborhoods according to reports, despite reports that parks in other areas were open. The city denies that report.

People had protested against parks being closed and on Monday, the city was caught on video welding the gates at the Middleton Playground shut so people couldn’t get in. That report set people off a raft of criticism, and the city backed off welding it shut and just put up chain locks instead.

But people had enough at this point and cut the locks to the park. People didn’t see how the closure was justified in contrast with the massive protests.

If Americans can protest, families should have access to their neighborhood parks. pic.twitter.com/FVtww4n9u8

At least some of the other parks in other neighborhoods appeared to be open leading to more questions of inequity of application of rules. Many believed it was anti-Semitic.

This is De Commie-O’s New York.

They close parks for the Jews but this is totally fine.

The elected officials weren’t done with just the one park, they have been going around to other parks and opening them up, as well.

Felder, Yeger and Eichenstein in joint statement: “Individually, each of us exhausted every avenue of diplomacy in our effort to open our playgrounds… If they lock these gates, we will cut them open again tomorrow, because we serve the people. Who do you serve, Mr. Mayor?”

In response, Mayor de Blasio threatened them with arrest.

🚨 According to a source on the scene, @BilldeBlasio has now dispatched police officers who are threatening Jewish elected officials with arrest for opening the parks in Jewish neighborhoods.

I'm sure you'd do this to any other Councilman, Assemblyman, and State Senator. pic.twitter.com/uCKoWYIj7p

Despite encouraging and participating in mass protests, @NYCMayor Bill de Blasio says "we're not going to allow people to take the law into their own hands” in regard to cutting the locks off playgrounds
pic.twitter.com/uN2PCk38vG

So people can protest by the thousands. But kids, the least likely to get it, can’t play outside in the sun, also very statistically rare to get it outside, reportedly. Plus vitamin D helps fight the virus.

Did we say again worst mayor ever?

But they’re not letting that stop them. 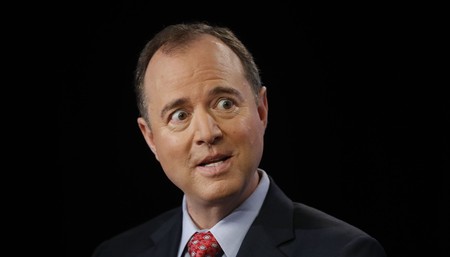