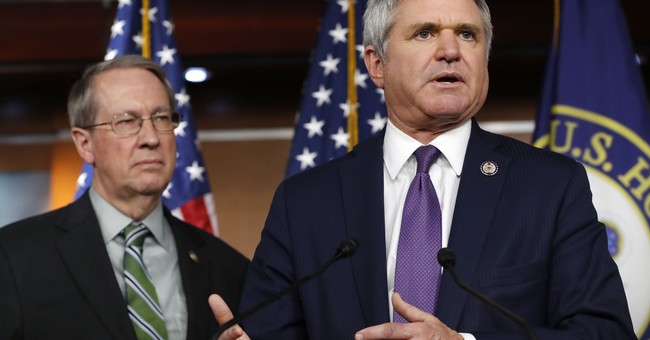 According to CBS’s Catherine Herridge, the Ranking Member of the House Foreign Affairs Committee, Rep. Michael McCaul (R-TX) has written a letter to Secretary of State Mike Pompeo calling for an investigation into China’s cover-up and disinformation campaign surrounding the Wuhan coronavirus.

The letter complained about China’s disinformation campaign on social media and called for efforts to help stop Chinese propaganda. McCaul called for looking into the origins of the disease as well as whether there was an effort to suborn the World Health Organization (WHO), if China’s influence “undermined their legitimacy.”

McCaul called for a “global demarche” or directive for our global posts abroad to put out about China’s role in covering up about the virus. He also called on Pompeo to release as much information as possible to let Americans know what the Chinese had done about the virus and the disinformation campaign.

McCaul praised Pompeo’s efforts in calling out China on the matter and asked that he keep Congress informed as to information discovered.

McCaul previously called it “one of the worst coverups in human history” when he spoke with Fox earlier this week.

McCaul also blasted some in media for carrying water for the Chinese government in their disinformation efforts.

“They’re trying to cover up what really happened. In my opinion, this is one of the worst cover-ups in human history,” the Republican congressman from Texas told “Fox News @ Night” on Tuesday evening.

McCaul said that the epidemic started in the first week in December, then continued into January, prompting the World Health Organization to “pat them on the back for their efforts.”

McCaul went on to say, “Now we have a global pandemic that originated out of Wuhan — they allowed millions of people to come to Wuhan to celebrate their Spring festival. Five million of them leading the area and traveling domestically and abroad – they went into laboratories and shut them down – destroyed laboratory samples and they detained eight of the doctors trying to speak the truth about what really happened in Wuhan.”

McCaul said that the Chinese Communist Party is conducting a “systematic whitewash” to try to cover up what happened. McCaul said that, as a consequence, “it is now wreaking havoc all across the world, costing not only the lives of people but economic chaos.”

This is why it was important to blunt that by calling it Wuhan virus or “Chinese Virus” so as not to buy into the cover-up that they were pushing. There needs to be a reckoning coming for what China did, they need to be held accountable. We also need to do something about their influence over WHO as well as their influence over our media, our pharmaceuticals and multiple other businesses. We saw that already with what the influence the Chinese government had over people’s response to the Hong Kong protests, this is another screaming red flag of the continuing problem.

US Senate Passes Stop-Gap Spending Bill, With Over $12B More for Ukraine
Becca Lower