Not only was former Obama Secretary of State John Kerry instrumental in the horrible Iran Deal, releasing sanctions and enriching Iran and their terrorists by more than $150 billion, he knew that some of it would be going to terrorists and yet he did it anyway.

As we reported, when called on that by President Donald Trump, Kerry claimed Trump was lying, but CBS busted him with the video of him admitting to it back in 2016.

He’s been making the rounds of media, doing his best to spin against Trump.

He went on MSNBC with Chris Matthews and claimed that Trump’s explanations for the killing of IRGC terrorist leader Qasem Soleimani was “beginning to look like a cover-up.”

Because apparently the killing of Americans isn’t enough for John Kerry. That Soleimani killed Nawres Hamid and wounded other Americans, and attacked our embassy means nothing and had already conducted multiple rocket attacks against our forces in the last month. That over 600 Americans were killed with explosives and thousands wounded means nothing. That he reportedly had compromised the Green Zone thus placing all the embassies in there in danger means nothing.

Perhaps he needs to talk with Rep. Brian Mast (R-FL) who asked the most salient question: Can any Democrat provide any name on the wall of fallen service members who doesn’t justify killing Soleimani?

Unbiased Matthews then asked Kerry, “How dangerous is four more years of this president, especially on the Iran front, could we bumble ourselves, could he bumble himself into war?”

Kerry replied, “Yes, obviously he could. It’s a sad day when the United States of a America has to rely on the decision of a regime that we neither like nor trust to have them be the ones who behave, somehow, in a way that somehow saves Donald Trump from his own decision.”

Laura Ingraham grabbed a clip of that last part and had a few things to say about it.

John Kerry: It’s a sad day when the US has to rely on the decision of a regime that we neither like nor trust to have them be the ones who behave in a way that somehow saves Donald Trump from his own decision

Laura Ingraham: Our former Secretary of State is siding with Iran!!! pic.twitter.com/ALW8hidcDU

The person who grabbed the clip is mocking Ingraham’s take.

But Kerry is most certainly crediting Iran as the one who “saves Donald Trump from his own decision,” who saved us from war.

Because somehow destabilizing the region for years, launching multiple rocket attacks against U.S. forces, killing and wounding Americans, attacking our embassy, firing ballistic missiles at our forces is restraint that Kerry is recognizing whereas Trump’s defense of Americans, taking out a terrorist to prevent more killing and more destabilization is not. 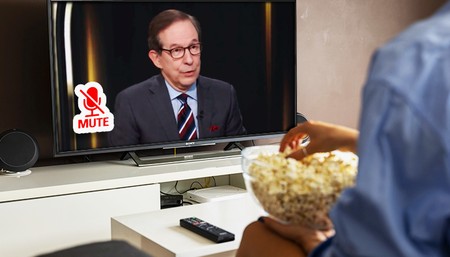