So Republicans checked up on the Broadband Stimulus, yet another pork barrel spending project by the President, Nancy Pelosi, and Harry Reid: Surprise! It was a wasteful failure, like the rest of the jobless stimulus.

IP reform: I’m not optimistic of copyright reform soon, though it is a populist thing the TEA party could do against Hollywood and the joint efforts of big government and big business. But implementing loser pays against only patent trolls would be nice. But don’t forget that trademarks are completely out of hand, too.

So we find out the truth about Pandora’s recent lobbying. They’re worried about losing free market share, so they want a regulatory bailout. Pay your own freight, guys. Stop trying to be freeloaders.

How bad is regulation though? Even Harold Ford thinks the Obama regulators deny us certainty, needed for investment, which is critical to continued growth, innovation, and in the end, jobs. Investments like AT&T’s IP Revolution plans, which themselves could be endangered by regulation. A light touch is the key to Fierce Telecom.

The Pirate Bay moves to Norway and Spain. I don’t get why they don’t just go to New Zealand like Kim Dotcom. I’m sure there’s no weight minimum.

Bitcoin, the preferred currency of child pornographers, is getting new investment in America. Bring on the money laundering investigations. 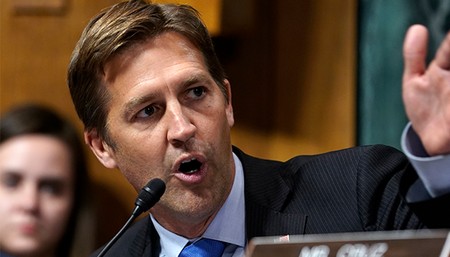 Joe Biden's Pick to Lead Wuhan Virus Vaccine Distribution Is an Arrogant, Politically-Driven Elitist Who Holds Americans in Contempt so the Press Will Love Him
streiff

Graham Has a Suggestion for Schumer So This 'Disgraceful Saga' Can Come to an End
Townhall
Manchin: We can use the 14th Amendment to remove Cruz and Hawley, you know
HotAir
David Limbaugh: Despite leftists' desire to censor conservatives, 'I still don't advocate shutting them down'
Twitchy
A Startling Thread on the National Guard Presence in Washington, D.C., for Inauguration Day
PJ Media