Let’s be thankful the Internet isn’t yet censored by a bill like SOPA, as it is Thanksgiving on the east coast as I write this. How many unions must back this bill and its Senate counterpart, PROTECT IP, before Republicans wise up and kill it?

Remember, once you give the government censorship power, uses will be found for it. For the children!

It’s just another reason I’m glad we’re reforming the FCC: pulling back its merger review capability that overlaps the FTC along with process reform besides.

Sad news: More negativity is cropping up about AT&T/T-Mobile. Note the hypocrisy from FCC, though. They claim that Connect America Fund will create jobs, but are plugging fingers in ears and denying AT&T will do the same with T-Mobile’s spectrum, a point excellently made at Media Freedom.

And to close, you know how I feel about The Cloud™ being overblown as a solution to problems, and inf act a problem in itself if you’re not careful, so I’m glad CAGW is watching carefully the government’s efforts in that direction. 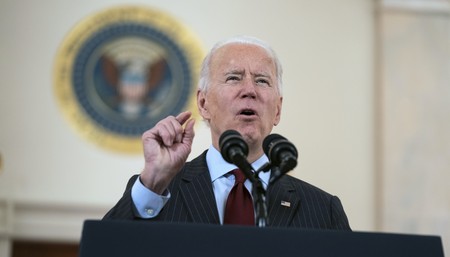 Neera Tanden's Twitter Army Stokes War of Words Between Maggie Haberman and Jen Rubin, and We Are Here for It
Sister Toldjah

Progressives are Having a Meltdown Because Joe Biden Bombed Syria. Please Tell Me You're Joking, Right?
Townhall
He just can't QUIT him! Jim Acosta shows up at CPAC and the reaction is EXACTLY what you'd expect (watch)
Twitchy
Left Flips out at Golden Image of Trump in Flip Flops Seen at CPAC
Redstate
Insanity Wrap #155: Bombing Syria Is Fine So Long as Biden Doesn't Tweet Mean Things at Assad
PJ Media