Crazytown, USA: Columbus, OH Pulls Down Statue of… Wait for It… Christopher Columbus

Have we finally reached the pinnacle of Crazytown, USA? The question is rhetorical — of course we haven’t. But we’re well on our way.

A statue of Christopher Columbus was taken down in Columbus, Ohio.

Think about that statement.

What kind of CRAZY is going on, people? Is the name of this proud Midwestern city next on the chopping block? Of course it is. At least those who cheered the removable of the statue will try to make it so.

A 22-foot-tall statue of Christopher Columbus was removed from outside the Columbus, Ohio, city hall after the city's mayor called for it to come down. https://t.co/KXOxAPIUUf pic.twitter.com/F63b0OpXVD

The statue was taken down in Columbus on Wednesday morning. Crews arrived around 3 a.m. with a crane to remove the bronze statue from its pedestal outside Columbus City Hall.

As reported by WBNS in Columbus, the statue, which will be placed for safekeeping in a city facility, was a gift to the city from the people of Genoa, Italy, in 1955.

What will the new name of the city be?

New name? How about Antifaville, People’s Republic of Anarchy?

Sarcasm, of course. I have relatives in Columbus who are beside themselves over the removal of Chris from his perch outside City Hall.

Columbus residents were given a heads-up last month by Mayor Andrew Ginther, who said the statue would be coming down because it doesn’t represent the city’s values, news station WSYX reported.

Ginther justified the removable of the statue this way:

For many people in our community, the statue represents patriarchy, oppression, and divisiveness. That does not represent our great city, and we will no longer live in the shadow of our ugly past. Now is the right time to replace this statue with artwork that demonstrates our enduring fight to end racism and celebrate the themes of diversity and inclusion.

BREAKING: @MayorGinther has announced the Christopher Columbus statue at city hall will come down and replaced with public art. His statement below. pic.twitter.com/pxZ1iRMwid

Replacing a historical statue with artwork is a panacea for all that ails Columbus, Ohio?  How is artwork going to “end racism and celebrate the themes of diversity and inclusion” among the residents of Columbus?

Is the mayor also going to buy Columbus residents a Coke and teach them to sing in perfect harmony?

Incidentally, having spent a considerable amount of time in Columbus, I’m not sure what “ugly past” he’s talking about. Oh — wait —the mayor is simply running with the narrative of today’s reality. Never mind.

Needless to say, more than a few Ohioans and others were outraged by the removal of the Columbus statue, with some calling on Ohio Gov. Mike DeWine to intervene, which obviously didn’t happen.

This is appalling @GovMikeDeWine ! Do you have any courage at all? Or are you just a doormat?

Most were just ticked off.

If this doesnt piss you off I dont know what will.

GO VOTE!! WE ARE LOSING OUR COUNTRY AND OUR HERITAGE RIGHT IN FRONT OF OUR VERY EYES!!

what r u doing about it??

THEY ARE BURNING BOOKS! THEY ARE REWRITING HISTORY IN OUR SCHOOLS N IN THE PUBLIC SQUARE!

This is where I live and I am so disgusted that the Democrat mayor bowed to the woke mob. They better not even THINK of changing the name of Ohio’s capital!!!

If this situation won’t stop, it could be the beginning of the end. The same thing happened in Venezuela 20 years ago. Left-wing politics removing statues, changing names of the streets, building, cities, and patriotic symbols. They want to erase history and brainwashing…

As an American of Italian ancestry, this spits in my face. I hate the gutless people of Ohio. What is worse, two Senators Johnson & Langford , both Republicans, want to replace Columbus Day, with Juneteenth Day. I won’t republican again MrTrump too!

This is my city, the largest city in the world named after one of the greatest explorers in world history. Statues are not about the virtues of the person, but about what they accomplished. We are now canceling history. It makes me sick to see this.

@ColumbusGov was a Italian explorer who was sponsored by Spain. What the hell does this have to do with #BLMTerroristMarxists that you’re pandering to. What the hell is wrong with you ppl.

Dennis thinks the “inmates of the asylum” need professional help.

When are the names of towns, cities, counties, streets, lakes and rivers going to be changed because we don’t like what individuals did centuries ago. This proves the adolescents have won. The inmates have taken over the asylum. pic.twitter.com/hidANBvitg

Ah, a new name. Almost forgot about that. Twitter has ideas.

How about “Tookaknee” it’s true and has a native American ring to it.

If it’s not “Wokeville” I’m pissed.

All things considered, this guy won the thread.

Ginther suggested that he might not stop at the removal of Christopher Columbus, saying he had asked the Columbus Art Commission to evaluate the diversity and inclusiveness of all public art, including other monuments, statues and art installations.

First statues. Then books. Then artwork, movies, literary work, and more. Until history is finally erased. Then what? What comes after the Left destroys everything it opposes? What comes after those who were silenced are too afraid to ever speak up again?

Those who cannot remember the past are condemned to repeat it.

Hyperbolic overreaction to the removal of an “outdated” statue?

Hardly. Leftists are like spoiled children; they’re never satisfied. Give them “this,” they want “that,” next. Give them an inch, they’ll take a mile. Until they achieve their ultimate goal: the destruction of America as we know it. Then what? What would they replace it with?

Only God knows what comes after that. 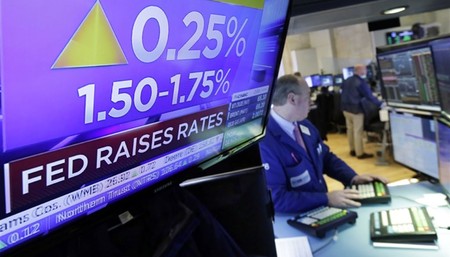