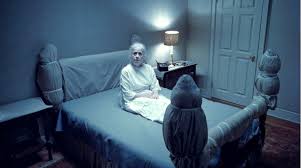 This article was written by Martin Gottesfeld on day 76 of a prison hunger strike. He defended 15-year-old patient Justina Pelletier when many feared she’d be killed due to malpractice by Boston Children’s Hospital doctors. More information about him is available on FreeMartyG.com as well as the FreeMartyG Facebook page and @FreeMartyG Twitter account.

A teenage girl ends up admitted to a psych ward at a leading children’s hospital, but her psychiatrists come to believe her problems aren’t mental. Instead, they become convinced she’s “being influenced by, speaking with, and being hurt by evil spiritual entities.” They consult with the hospital chaplain, give the girl a cross to wear, and one of them brings her to his church.

Does this sound like real life, or a B-movie cross between The Exorcist and One Flew Over The Cuckoo’s Nest? Well, if you answered real life, pat yourself on the back.

According to the Massachusetts Board of Registration in Medicine, a year before the now infamous Pelletier case, another misdiagnosis was made by mental health doctors at the renowned research hospital; a spiritual one. In the Pelletier case, a physical diagnosis was incorrectly challenged by doctors, parents were falsely reported to state authorities for child abuse, and stripped of custody. It resulted in their daughter being locked in the psych ward and kept from her family, religious practices, as well as the medications she actually needed for the actual disorder that she actually has. However this earlier case was nearly the polar opposite. Instead, a mentally ill teenager was apparently misdiagnosed by a group of three hospital psychiatrists as “possessed.” Rather than obeying the law by informing social services that they had been told the girl’s mother pushed her down a flight of stairs and tried to strangle her, one of the mental health M.D.s appointed himself her “spiritual mentor.” He took the girl to his church, and even let her sleep over at his home. Also, unlike the highly publicized Pelletier scandal, this earlier incident barely made a media blip at the time, even in the local papers.

According to state documents, available here and here, it started when Boston Children’s attending psychiatrist Dr. Raymond Kam began going to sessions with the girl and a psychiatry fellow who had been having a hard time getting her to open up. She appeared more talkative with Kam around, and the doctor started to believe her condition had spiritual aspects to it. So, Kam began talking about the case with people from his church.

Eventually, the girl was locked in the psych ward, and while she was there, after meeting with her alone, Kam began believing the spiritual component of her condition was more and more significant. He shared this view with both the senior attending psychiatrist on the case, Dr. Enrico Mezzacappa, as well as the psychiatry fellow, and all three agreed there could be spiritual aspects to the girl’s condition. However, while Mezzacappa did compliment Kam for having the courage to come forward with the unusual spiritual diagnosis, the senior attending also noted that not all doctors “would entertain” such a possibility. So, Kam, the psychiatry fellow (who isn’t named in the state documents), and Mezzacappa kept it to themselves, neither notifying other physicians nor recording their beliefs in hospital logs and records.

While she was in the psych ward, Dr. Kam eventually gave the patient a cross, in exchange for a different, undisclosed religious symbol she had been wearing, perhaps a Star of David. The day after that, he apparently decided her problems weren’t in any way psychiatric at all, and announced he was taking himself off the case. Subsequently, the three doctors seem to have agreed that Dr. Kam would take on the role of being the girl’s “spiritual mentor.” He began operating under the notion she was “being influenced by, speaking with, and being hurt by evil spirits,” and that the “conditions were not psychiatric in nature but were caused by evil spirits.” Mezzacappa told Kam to seek a consultation for the girl with Kam’s own church, and also directed and introduced Kam to the hospital chaplain for the same purpose.

Following the girl’s discharge from the psych ward, Kam exchanged text messages “of a personal nature” with her. He also indeed took the girl to his church and met with his own assistant minister as well as the hospital chaplain to develop a “plan to address” her spiritual issues, which at least sounds a bit like an exorcism.

When she told him her father had kicked her out and she had nowhere to sleep at night, Kam and his wife invited her to spend some nights at their house, and when she reported that her mother pushed her down a flight a stairs and tried to asphyxiate her, he failed to notify authorities, as required by state law. Though Mezzacappa was aware of the girl’s situation, he too failed to make the required report to social services.

When all of this eventually came to light, the Massachusetts Board of Registration in Medicine suspended Kam from practicing and reprimanded Mezzacappa. Both were sanctioned for failing to report the alleged abuse, but also for engaging in conduct that undermines the public’s confidence in medicine. While Kam was fired before the board’s decision though, Mezzacappa continued in his role as a senior attending. BCH said his reprimand “does not affect his ability to practice at Boston Children’s Hospital and he remains a member in good standing in the Department of Psychiatry.” Ironically, the state board required Kam to undergo a psychiatric evaluation himself in order to get his license back.

This case is a stark reminder that while Boston Children’s enjoys a stellar reputation as a whole, individual or even small groups of practitioners there still engage in inappropriate and decidedly unscientific behavior. Like the Pelletier scandal, this incident involved the cooperation of multiple hospital physicians and is especially relevant, as here too they were mental health professionals. Many people are dubious that a few such doctors could evade hospital oversight or so largely escape meaningful consequences for such behavior. However perhaps the most surprising aspect common to both otherwise inverted cases is that the majority of the doctors responsible for the two debacles continued to practice at Boston Children’s Hospital afterwards. If you ran BCH, might you have done something more? Perhaps if someone had, Justina Pelletier wouldn’t have lost the use of her legs a year later.