The Most Dishonest TV Ad this Election Season

This election season has seen a number of ads that are real doozies in terms of flat-out lies and distortions. It’s no surprise, with the number of politicians who are struggling to keep their jobs, to see desperation tactics in widespread use. However, by far the most dishonest TV ad yet this election season doesn’t even concern a politician at all, it concerns Amendment 1 on the ballot in Tennessee this year.

Amendment 1 is very straightforward and simple. Several years ago, the Tennessee Supreme Court ruled that the Tennessee Constitution contained a right to privacy that was greater than the one embodied in the Federal Constitution and declared that all regulations on abortion were per se in violation of the Tennessee constitution – even including regulations that have passed with widespread support in other states, such as requiring abortion clinics to be licensed, to have a clinician on staff with admitting privileges at a local hospital, to be subject to health inspections, and to meet the same standards as other outpatient surgery clinics. The full text of the amendment is as follows:

Shall Article I, of the Constitution of Tennessee be amended by adding the following language as a new, appropriately designated section:

Nothing in this Constitution secures or protects a right to abortion or requires the funding of an abortion. The people retain the right through their elected state representatives and state senators to enact, amend, or repeal statutes regarding abortion, including, but not limited to, circumstances of pregnancy resulting from rape or incest or when necessary to save the life of the mother.

That is it. Note as well that any regulation passed by the Tennessee legislature would still have to pass muster under the Federal constitution, which means that any substantive restriction on the actual practice of abortion itself would still be not allowed. However, the abortion industry is nothing if not fierce about the protection of their bottom line, even at the expense of women’s health, as the Gosnell clinic’s horror show nicely illustrated. Therefore they have rallied a number of useful idiots to donate to their cause to run some ads on television against Amendment 1. They are all (as you might expect) flatly dishonest and shameless but this latest bit of hackery (which, in an unhappy coincidence, features one of my professors from law school) really takes the cake:

The script of this ad (transcribed by me, just now) is as follows:

The Tennessee constitution is special. We have some of the strongest privacy protections in the country. Privacy is something we take very seriously. But Amendment 1 would strip away some basic privacy rights and force governmental interference into private medical decisions. And 1 opens the door for the legislature to take away additional rights including marriage and child-rearing rights. Amendment 1 is government interference with far reaching consequences on thousands of laws. It is deeply flawed. We should all vote no.

When viewing this ad, only one of two things is even potentially possible about its creation. Either a) the people who created it can’t read or b) they hope you can’t or won’t read the actual text of Amendment 1 yourself. There is literally nothing in the text of the Amendment which indicates that it “forces governmental interference” into anything. And even moreso is there nothing at all in the Amendment that has anything to do with marriage or child-rearing rights at all. It is one thing when an ad shades the truth or omits salient facts, it is another when it tells an outright, bald-faced, completely obvious series of lies about an Amendment like this one does.

But obvious lies are the only thing preventing this, the most rent-seeking industry in all of America, from facing the same forms of medical regulation that are affecting medical providers who actually protect the health and well being of all their patients (not just the ex utero ones). If you live in Tennessee, vote Yes on 1 to defeat them. 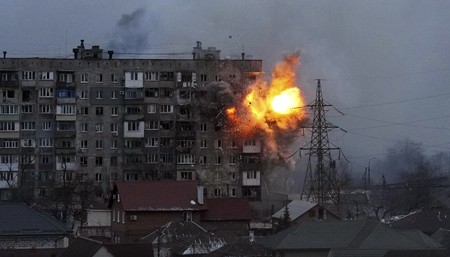