The most desperately needed reform in America is a significant overhaul of civil asset forfeiture laws. These are laws, generally speaking, that allow state and local cops to seize your property if they merely suspect that the property has been used in the commission of a crime. They do not have to charge you with any crime at all and after your stuff has been taken, you have to go to court and prove that you’re entitled to have it back – a process that can take years and is rife with judges who believe anything cops say.

Somewhat predictably, this state of affairs has led to widespread abuse by police departments who have suddenly seen an easy way to fatten their budgets without the inconvenience of going to taxpayers and asking for money. The media is slowly but surely catching on to the fact that this is an absolute racket on behalf of cops. Here’s a report that aired in my home state of Tennessee last year that has led to legislative reform efforts:

And via Hot Air, here is a video from the Institute of Justice showing how the City of Philadelphia in particular seizes $6M per year from private citizens:

Obviously, this frank theft of the property of private citizens implicates Federal Constitutional due process issues and thankfully the Institute for Justice is now suing the City of Philadelphia over their civil asset forfeiture practices.

Credit where credit is due – I don’t often praise Rand Paul but he is one of the few Federal officeholders out there who is making an active push for reform of this unconscionable process:

Sen. Rand Paul put forth a forfeiture reform law in July to address such abuses as a part of his suite of criminal justice reform ideas. First, a description of the FAIR Act from Paul’s office:

The FAIR Act would change federal law and protect the rights of property owners by requiring that the government prove its case with clear and convincing evidence before forfeiting seized property. State law enforcement agencies will have to abide by state law when forfeiting seized property. Finally, the legislation would remove the profit incentive for forfeiture by redirecting forfeitures assets from the Attorney General’s Asset Forfeiture Fund to the Treasury’s General Fund.

Paul’s bill is an absolutely necessary first step to preventing this widespread police theft. The burden of proof must be put back on the police to prove in the first instance that your property should be seized – rather than on you to prove that you are entitled to have it back. However, Paul’s bill does not address the worst abusers of civil asset forfeiture, which tend to be state and local law enforcement agencies. These agencies must be checked and their abuses halted by the courts as violations of citizens’ Due Process rights, which (in my mind) they clearly are. 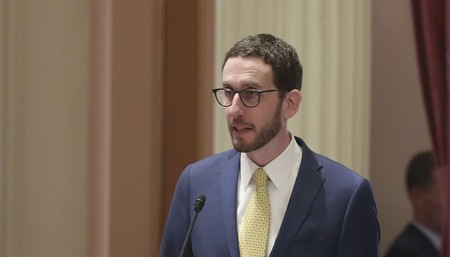