I Am Sick To Death Of COVID Supremacists

I’m trying to be gracious and non-combative with all this COVID stuff. I understand not everyone feels like I do. I am of the sincere belief that in a society as large as ours, even in the scariest of times we have to be willing to reach compromises that may not fully embrace what we believe is the right thing to do. I’ve been approaching this issue with the attitude of compromise as much as I can.

I’m embracing the health directives, I avoid large crowds. I social distance. Those are things I actually believe are helpful insofar as the goal now seems to be to end COVID transmission (which was not what we were told in March; “30 days to slow the spread” was a lie).

I am old enough to remember when Americans who were scrambling for masks in the name of safety were insulted by political leaders as being unnecessarily panicked, selfish hoarders and morons. Dr. Fauci himself told us then that masks were only helpful for medical personnel. Cut to this very day when the pro-mask segment of America has damn near become a cult, with Fauci as the golden idol. A thinking person would ask themselves why they would trust this directive now when they got it so wrong – or flat out lied – then.

But leaving all that aside, and leaving aside my personal feeling that masks are more of a placebo than anything, I am willing to lean on my previously stated understanding of national compromise and don the mask. I’m even willing to admit that I might be wrong about my feelings on masks. I will concede all of that. The problem is that the other side of this debate isn’t willing to concede a single inch. All or nothing is a dangerous game, especially when it is only one side that agrees to it. Reasonable people who are forced into unreasonable acts can only be stretched so far. When they snap they will retreat to “nothing” and then that’s when real problems start. We can already see that happening.

As Edit0r-at-Large for a major online publication, I am not only tasked with staying abreast of the statistics and data connected to COVID, my writers are having daily, extended conversations about the information regarding the virus, transmission and fatality rates and recovery rates. In fact, we report factual statistics most corporate media sites have never published at all. There is a constant distillation of the issue going on behind the scenes here every single day.

I say this to explain that while I’m no Expert Scientist™, I am informed. I also believe that my willingness to compromise demonstrates an ability to reason effectively. So it has become infuriating, to the point of feeling untenable, that the “lockdown indefinitely” crowd has become so unhinged as to label people like me morons, “deniers” and pro-murder because we find the reaction to this virus outsized and dangerous.

But Kira, you can’t compromise on DEATH! Why do you hate the elderly????

Can’t we? We compromise on death every day, pandemic or not. We calculate the risk to drive our vehicles, attend events, get on airplanes. We use a complicated equation based on what facts we know, our fears and our goals. If this virus had the fatality rate we were promised in the beginning, extended lockdowns might…might…be defensible. But we are looking at a virus with a 99.6% survivability rate.

We are shutting down schools when the total number of child fatalities in the entire nation stands somewhere between ten and two, depending on how you count COVID deaths. Even the Mayo Clinic says nearly all children who get the virus will never even show symptoms or only experience mild symptoms.

But Kira, the teachers and the staff are more vulnerable. Why do you hate teachers???

There are many teachers and staff who feel just fine about returning to the classroom. In K-12 education, teachers tend to skew younger and have a much lower risk. Of course, that shifts quite a bit when it comes to college professors. Invite those who feel comfortable to return to campus with the students. Those who don’t feel comfortable should Zoom in to the classroom, ideally one supervised by aides and subs. The unions are always begging for more hires. This seems like a no-brainer.

I have made my case for my informed status on this issue. I know the numbers. We are far, far, far, far, far, far shy of the 3-5 million deaths Fauci and co. promised in the beginning of all this. Even with quarantine measures we were told millions would still die. In a population of 325 million, 174,000 is statistically negligible.

But Kira, you heartless monster! How can you say you don’t care about all those people who died?

And herein lies the rub, the very heart of this rant today. I have no belief whatsoever that those screaming at me about how little I care for the lives of others actually care for the lives of those others themselves. My opinion that a virus with a 99.6% survivability rate should not bring a successful society to a screeching halt does not denote my malice for my fellow Americans. Quite the opposite. I care very much about the daily suffering I see as people lose their jobs, businesses, and even their mental stability to this ridiculous response.

I have been patient. I have been a good citizen. I have done everything asked of me. I have tried to be gracious to those who insult my intelligence and qualifications simply because I don’t see things their way. I have tried to understand that people are scared and that not everyone has all the information and I can’t force them to have it. I have chosen the path of acceptance for those who rage and seethe and hiss all day on social media about people like me, people who have the audacity to even suggest perhaps it’s time for citizens to be making these decisions for themselves. I have genuinely tried to be the bigger person. I don’t post memes insulting people who want to wear masks, even as many of my friends and family regularly and smugly post memes insulting those of us who have questions about it all.

But I’ve had enough. The fact that we even have the space or notion to argue about the responses to this virus tells me that indeed this virus is not the apocalypse we were told it would be. I will not be judged or labeled as heartless for a simple reading of the facts available to me. I will not be told I don’t care about people when all I do all day long is worry for people and pray for people and entreat God to protect our people. I will not be shamed as a murderer for thinking maybe it’s time to start living again.

The COVID supremacists have worked my last nerve.

I'm sick of this bullshit argument that I'm somehow not empathetic or I am ignorant because I don't think we should be shutting down EVERYTHING based on these COVID numbers, particularly when there is no endgame here. There is no end date. Indefinite panic is insane. 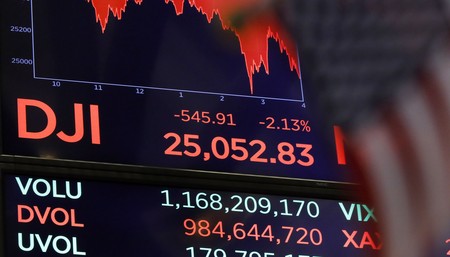