California's 'Reopening' Economic Task Force Is As Absurd As It Gets 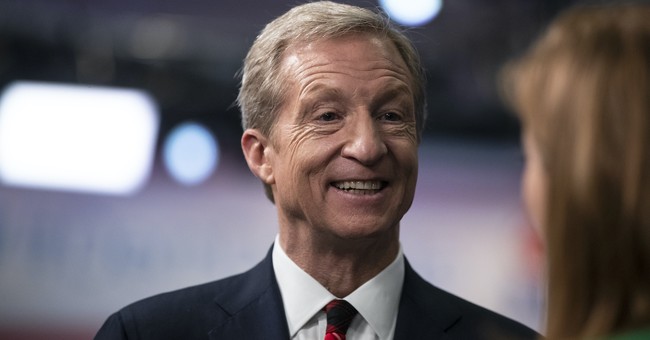 California Governor Gavin Newsom has introduced his new economic task force to begin plans for reopening the economy.  The task force is 80 members and will include:

Former Governor Gray Davis, who – in a rare event of complete voter unity – was recalled from the governorship for his utter incompetence.

Former Governor Arnold Schwarzenegger, who gave us the current Democrat super majority by bringing us the insane notion of “jungle primaries.”

Failed presidential candidate and very rich man Tom Steyer, who proudly supports a New Green Deal and is very vocal about working to end vital business in the energy sector.

Let’s not forget that Newsom said recently he views this crisis as a chance to usher in a “new era” of progressive policies.

“There is opportunity for reimagining a progressive era as it pertains to capitalism,” Gov. Newsom said. “So yes, absolutely we see this as an opportunity to reshape the way we do business and how we govern.”

On the one hand, at least the governor is thinking in terms of reopening the economy. On the other hand…shudder.

What Mitch McConnell Said About the FBI's Raid on Mar-a-Lago Is Quite Disappointing
Townhall
Andrew Yang catches plenty of heat from lib blue-checks for his take on FBI raiding Trump's home (hopefully he won't back down)
Twitchy
Trump Attorneys Spill the Beans on Issues With FBI Raid, Warrant
Redstate
We've Got the Deep State on the Run. Here's What Needs to Happen Next.
PJ Media