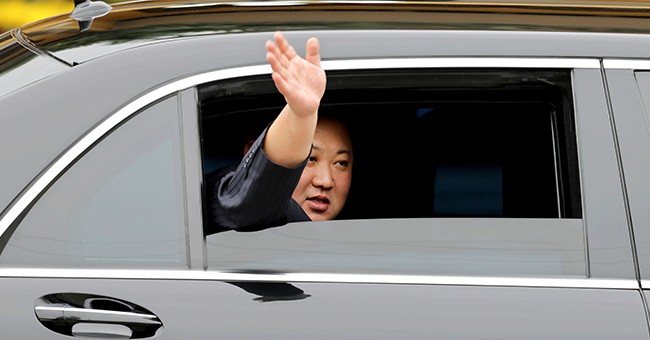 UPDATE: Reuters is contradicting CNN’s report, saying that South Korea does not believe that Kim is “gravely ill” per earlier reports.

We will follow this story and keep you updated as new information comes in. Original report is below:

The US is monitoring intelligence that North Korea’s leader, Kim Jong Un, is in grave danger after a surgery, according to a US official with direct knowledge.

Kim recently missed the celebration of his grandfather’s birthday on April 15, which raised speculation about his well-being. He had been seen four days before that at a government meeting.

Kim’s health has seemingly been in poor condition since the summer, and he has not made a public appearance since April 11, not even to celebrate the birthday of his grandfather, Kim Il-Sung.

Other reports from outlets indicate Kim underwent cardiovascular surgery, prompting the health reports. An expert on the dictator, Jung H. Pak, offered this on social media as well.

Kim Jong Un’s poor health and premature death was always a wild card in pot’l NK scenarios. At 36, Kim is obese & has a family history of heart disease. His reported ill health since summer might explain why his sister has been issuing statements in her own name in recent wks. https://t.co/vYjr7hjcmo

The story of the cardiovascular procedure broke before CNN’s story did, which could indicate a major turn in Kim’s condition. At this time, there is not much information publicly available, but several scenarios that play out from here could not only complicate U.S.-North Korean relations, but destabilize the entire region surrounding North Korea.