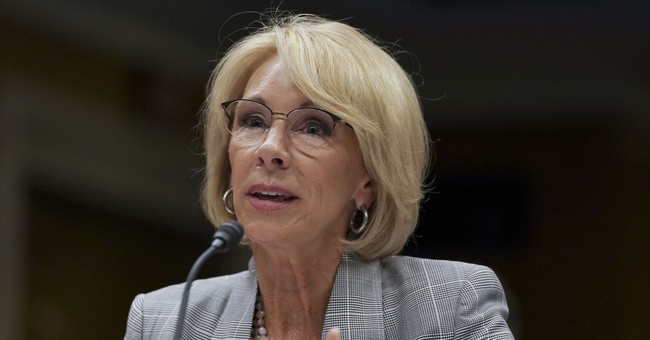 Louisiana is one of a handful of states that is applying for a waiver from the federal government to forgo mandated state assessments to measure student performance and growth. Other states have already received this waiver. The fact that they are even having to apply at all is just silly.

We are facing an unprecedented challenge as a country right now, and education is no exception. The fact that so many states have called off school from anywhere between two weeks and two months is enough of a sign that testing under these conditions is going to be incredibly difficult at best. At worst, it’s a high-pressure nightmare that is made worse by the fact at so many schools and teachers are measured by how well students do on these tests.

There shouldn’t be a need to apply for a waiver. The U.S. Department of Education should come out right now and waive that requirement across the board, freeing up schools to make smarter decisions about how to best deal with a massive shutdown of public education across multiple states.

Some school districts are equipped (and, frankly, affluent enough) to convert to an online/distance learning system for their students. It’s less than ideal, but it is very doable. After all, most colleges and universities are set up with something similar. But, for districts with high rates of poverty, it’s impossible to ensure equal access to all students. Sure, students can check out a computer from their school, but there’s still the matter of getting Internet access when they don’t have it at home and public libraries and other public places are also shutting their doors.

Many of these districts are currently having to run food programs to feed students. In that kind of situation, you can’t possibly expect them to be able to complete coursework at home when they don’t have Internet or computers (and phones are unreliable as many educational resources online simply aren’t equipped to handle coursework on a phone’s screen). You have students who are out of school and largely on their own in some cases. They don’t have any way to keep up with the coursework they’d need to complete and master the skills they need to have to succeed on high stakes testing.

Further, any data on student performance and growth anyone could collect from these tests would be invalid because these students will not have been taught the skills they need to succeed on them. It is incredibly unfair for them to be expected to do so, and it is more unfair not to ease them of that psychological pressure now.

In a time where the federal government is taking blows (rightly or wrongly) for its response to the Wuhan virus outbreak, this is a very big and very easy win for the Trump administration. Hopefully, they will recognize the pressure high stakes testing will add to students and teachers in this situation and make a move to ease that pressure.