"We Negroes": The Ugly Truth of Racism and Why It Matters Now

Over the weekend, reports of a robocall in Florida made national headlines.

Some political group, feeling empowered in recent months (or even years), opened the call with “I is Andrew Gillum,” and continued with “We Negroes…”

The robocall is a sign of the times, and it is a sign conservatives must recognize if they hope to wash the stench of racism from their movement – a movement which has become home to the “alt-right” and whatever other softly-worded phrases neo-Nazis and wannabe-Klansmen don in order to try and slip by you, unnoticed.

Ron DeSantis made a tremendous mistake in using the phrase “monkey this up” in speaking to supporters. The phrase itself is not inherently racist (we need only go back to 2008 in which Obama used a similar phrase regarding Republicans), but it was foolish phrasing in light of his political opponent and the general atmosphere of this midterm cycle. However, as the media pounced on the phrasing, this political group decided to release an extremely offensive robocall in an effort to capitalize on the moment and reach out to as many people as possible. Were they hoping to rally the troops? Or raise their own profile?

Either way, it worked.

For decades, well-meaning conservatives have downplayed the concept of modern-day racism by pointing to the Civil Rights movement, the fact that a Republican president freed the slaves, and other supposed panacea in an effort to have meaningful conversations while their progressive counterparts responded with “racism!” to virtually every policy proposal that they put forth.

To be fair, the idea that every conservative stance is inherently racist is absurd, and it adds nothing to any conversation to shout it as often as possible. But conservatives have become so defensive on the subject that they have become in many ways blind to the fact that true and vile racism still exists – often within their own ranks – and needs to be addressed. With the robocall in Florida, this is no longer a conversation we can ignore.

The fact of the matter is that conservatives have become too reliant on the idea of the American Dream and foolishly cling to the idea that it can happen for anyone. In theory, it absolutely can. In practice, however, the American Dream doesn’t occur in a vacuum. It occurs in conjunction with the world around that particular Dreamer.

Unfortunately, white conservatives tend to be blind to the fact that they are born with a head-start in life, and it is a head-start that black Americans often struggle to overcome. With few exceptions, many white Americans do have certain privileges that make life generally easier. It is how we use those privileges that allow us to get ahead or not.

But the privileges do not exist in the same quantity or quality for black Americans as they do for white Americans, and all too often we see their plight and are quick to blame “culture” for their misfortunes. After all, “culture” is not something we as white Americans can fix. It places the blame squarely on them.

What’s more, certain groups – the undesirable elements who exist within the conservative ranks and have become bolder in expressing certain vile views – claim proudly that their heritage is what’s good and proper and black (or brown or yellow or red or any other color) heritage is toxic. Because we are quick to stigmatize culture and place all responsibility on black culture, we are encouraging that racism to bubble up time and again.

Now, none of this is to say that we as conservatives are solely responsible for the plight of the modern black American. There are decades of abuse, mistreatment, and absolutely despicable behavior from both sides of the political aisle. And, while it can truly undermine the cause of fighting real racism to claim that virtually everything is, that does not mean that we can turn a blind eye to the real stuff.

That is why we cannot let organized white supremacist rallies claim to be with us, no matter how big or small they are. We cannot let them be with a wink and a nod so they’ll vote for our side. As much as we’d like to be a Big Tent party, there should under no circumstances be room for them.

What happened in Florida was horrible. And we must be quick to condemn and quick to shun these people from our movement. To allow this to continue because they support some of the same people we do would be a terrible mistake. 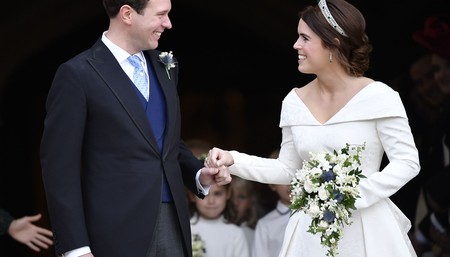