We now have a possible identity for the shooter who assassinated a Russian ambassador at an art gallery in Ankara, Turkey.

As well, we seem to have confirmation that the shooting was in retaliation for Russia’s involvement in Syria (though there was not much doubt originally).

Assassin: "Only death will remove me from here. Everyone who has taken part in this oppression will one by one pay for it!" 2/2

The United States has also come out and condemned the shooting.

Joe Cunningham is a Senior Editor at RedState. You can find his commentary on Louisiana issues at The Hayride. You can also follow him on Twitter at @JoePCunningham and Like his page on Facebook.
Read more by Joe Cunningham
Tags: ALLAHU ACKBAR AMBASSADOR ANKARA ASSASSINATION BREAKING NEWS RUSSIA
Register Login to Comment
TRENDING

Dinosaur CNN is On a Mission to Cancel Newsmax, OANN, and Conservative Influencers; Good Luck With That
Jennifer Oliver O'Connell 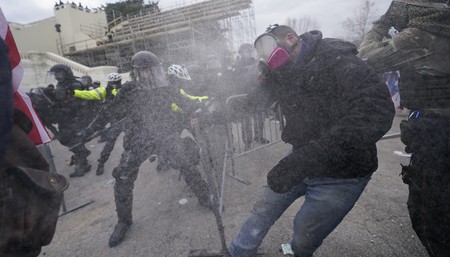 Here's Why It's Really Embarrassing That an MSNBC Producer Is Tweeting that Trump Gutted the GOP
Townhall
Maher: Don’t confuse 5,000 rioters with 74 million voters
HotAir
'Nothing whatsoever could go wrong'! Democrats' popularity will definitely skyrocket if they go this route to fight domestic extremism
Twitchy
Texas State Historical Assn’s Chief Historian Says the Alamo Was an ‘Insignificant’ Battle and Represents ‘Whiteness.’ What Do Texas History Experts and the Facts Say?
PJ Media