I’ve long contended that if RedState had an archvillain nemesis, it would be [mc_name name=’Sen. Mitch McConnell (R-KY)’ chamber=’senate’ mcid=’M000355′ ]. He is the absolute antithesis of just about everything RedState stands for, and more than once he has actively tried to squash any conservative uprising that RedState has backed. However, I am starting to feel that I was perhaps too generous in likening him to Lex Luthor or The Joker.

Not sure how many of you are South Park fans, but in the sixth season’s sixth episode, Butters is fired from being the replacement for Kenny, who had died and surprisingly not come back. Butters decides to take on an alter-ego named Professor Chaos. That alter-ego was bent on creating discord and ultimately came up with plans that were too ridiculous to ever work.

Here we have a Senate Majority Leader who has the numbers to advance the agenda of the very party that handed him his power. He has allies in control of the House of Representatives. He has the means to push his agenda in a very real way, despite what they may tell you. They can drive the conversation, and they should be. Instead, though, what does Professor Chaos do? Well, he gives up the fight before it even starts. When he assumed the Majority Leader role, he pre-emptively surrendered on many grounds, including shutdowns. He recently, as my colleague streiff pointed out, basically surrendered on stopping the Iran Deal.

He won’t fight to defund Planned Parenthood in a way that reflects poorly on the Democrats, instead holding show votes so that his liberal Republican allies can raise money off of them. If he were the badass he and his staff believe he is, he wouldn’t be locking himself into a bar fight with his own party. He would be dragging the Democrats into an epic brawl. In fighting the Democrats, he might not win, but he would undoubtedly cripple some of them in the process. In fighting Republicans, the Democrats win and we end up crippled.

If [mc_name name=’Sen. Mitch McConnell (R-KY)’ chamber=’senate’ mcid=’M000355′ ] wants to be known as a leader and a great figure in Washington D.C., he needs to start by keeping the promises of his party and fighting the fights he and his allies said they would. Until then, he is Professor Chaos, spraying aerosol into the air in hopes of causing global warming all by himself. 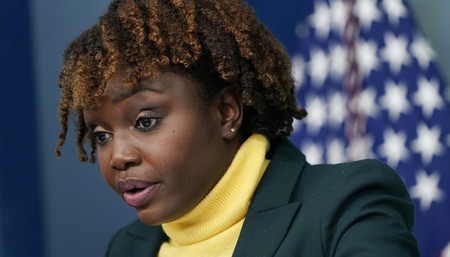 'It Has No Relationship to Buzz': Tim Allen Gives a Thumbs Down to Lightyear Spinoff
Bob Hoge